Lopburi (Lopburi) is a city in Thailand , located 150 kilometers North of Bangkok, a popular tourist site (Lopburi on the map of Thailand). The town is quite small (with a population of 54 thousand people), and is the capital of the homonymous province.

Lopburi rarely visit as an independent direction for the entire vacation, there is just nothing to do if you spend a few days here. Usually come here for one or two days, or even see him passing through. However, there is something to see. After all, is the ancient capital of Siam and one of the most ancient cities of Thailand (it is believed that it dates back to VII century).

The main attractions are the temples and ancient ruins, located in the old town. To say that they represent something sverhvydayuschegosya, it is impossible. It's very similar to will Auctau, only in a smaller quantity and scope, but still there is something to see. The local ruins are very subtle to the untrained eye, but differ from autistic, due to their age and the fact that in the 10th century this territory was conquered by the Khmer Empire, and, of course, set up their palaces and temples in Khmer and Hindu style.

But the main attraction of Lopburi, which primarily attracts tourists and is known throughout the world is the monkey. The city was flooded macaques, and crab-eater who play on tour "terrorize" the whole town, especially its old part. The monkeys feel the city's present owners, and tourists also get trouble from them. They are completely inconsiderate can rip off the tourist chain, earrings, to steal a bag or a camera, to grab the phone. So when visiting the old town is strongly recommended to hide all the stuff in the bags, and they are in turn tightly closed. You should not hide things in the pockets, as the monkeys easily the most professional pickpocket removed the contents of your pockets and get its contents. If you have stolen something minor, such as food, do not try to take that away from monkeys, as they quickly swarm and stand up for, even can attack. Be very careful with them. Items left in a hotel room can also be at risk of destruction by monkeys (it is said that they even break the glass to get in the room), so keep this in mind when choosing the hotel and rooms, hide things in closets and close tightly (see how to behave with monkeys, precautions).

It is particularly interesting to visit Lopburi in late November, when locals in an attempt to "make friends" with the tailed neighbors organize a festival Lop Buri Monkey Banquet, bringing as gifts to the temples, where live monkeys, food, cover for their real tables and put the dishes. Well, not expel locals of the apes out of the city because they believe that the city is built on the site of the ancient Kingdom of monkeys, the subjects of the king Hanuman.

And in December, in lop Buri attracts numerous tourists to the so-called sunflower festival (Lop Buri Sunflower Blooming Festival). The fact that the near lop Buri is the largest in Thailand plantation of sunflower, and it blooms in late November and December, revealing a beautiful Sunny field of newcomers who are so eager to capture in photographs.

In the evenings, Lopburi absolutely nothing to do but to sit somewhere in a cafe or one of the few bars. There are a few discos (night clubs they do not raise a hand to write), but they are more for locals, tourists to go there and possibly not worth it. In General, the city goes to sleep early, in 21 hours on the streets for almost no one. A beach holiday in Lopburi, of course, no.

Regarding tourism infrastructure, there is everything you need for a short tourist stay. Hotels here enough, and there are even four-star hotels at amazingly low prices. Restaurants and cafes are also enough, in some of them, including preparing European cuisine. There are Internet cafes.

Weather, seasons, when to visit Lopburi

Weather in lop Buri all year round hot, but stands out in the rainy season, which, by and large, does not cause considerable inconvenience sightseeing Lopburi, but in this period of possible flooding after rain. Most often the rainy season takes place in the form of brief heavy rains, from which after an hour or two no trace remains.

The rainy season runs from may to October with maximum rainfall in September.

The dry season from November to April is almost no precipitation.

How to get to Lopburi

To lop Buri can be easily reached from Bangkok. This can be done by bus or train. Also often the buses go to Lopburi from Ayutthaya.

From Bangkok to lop Buri vans depart approximately every half hour from the Northern bus station of Bangkok's morchitand from Victory Monument (Victory Monument). The journey time is about 3 hours and cost about 100 baht (currency of Thailand).

Lopburi is located on the railway line between Bangkok and Chiang Mai, all trains make a stop here. So the most convenient and cheapest way to get here from Bangkok, Ayutthaya and cities to the North is the train. Often, travelers take advantage of this, making a stop here one day on the way to Chiang Mai (or Vice versa) without lodging. That is good, the station is right in the old town (railway station Lopburi on the map), and at the station you can leave your Luggage to the station staff for a fee (10 baht) to explore the city, and in the evening to return and continue their journey by train on.

Daily from Bangkok to Lopburi sent 17 trains. The value of the fare starts from 28 baht. Some of them like our trains only with Seating 2nd and 3rd class (is the cheapest), and some are long – distance trains (go North, to Chiang Mai). Accordingly, in the opposite direction the same picture.

To buy tickets in advance is not required, just come to the station half an hour before departure and buy a ticket. The schedule can be viewed here http://www.railway.co.th.

How to travel around the city

If you live in one of the hotels in the city centre, city transport, you are unlikely to use. Everything is close, and old town all walking is much more fun than a ride on something.

If necessary, you can travel by city bus or taxi for 10 baht. They constantly ply the main street between the old and new town.

In the city you can also rent a motorbike or a car. Rent is at least at the hotel Noom Guest House at 15-17 Phayakamjad Rd, motorcycle 250-300 baht per day, car 2500-3500 baht per day. The hotel is walking distance to the train station (rental bike/car on the map Lopburi).

The city is divided into old and new town (see the map of Lopburi). In the new town are mainly concentrated in homes and offices, and it is quite a modern area. The old city is rich in attractions and it is here you will spend the main time when you walk through the city and sightseeing. If you choose a hotel, it is best to do it closer to old town.

Hotels in the enough and the deficit is not observed, you can always find a hotel on the site. The prices are very low. However, it makes sense to choose a hotel in advance and to define its place on the map, as there are no tourist streets, which at every step meets the hotel. To find the hotel immediately, have a lot to wander around the city.

Find and book accommodation in Lopburi can on these sites or via the search form. All sites have Russian interface and Russian-speaking customer support, numerous real guests reviews. And in Agoda and Booking are bonus system: 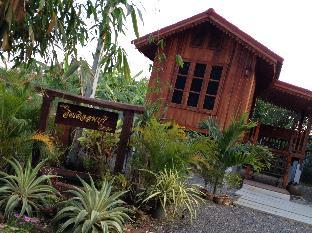 Assessment of tourists 8.9 out of 10, greatPrice for rooms: from 947₽Check price 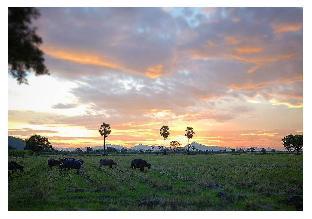 Rating from travelers 8.7 out of 10, excellentroom Price from 1326₽Check price 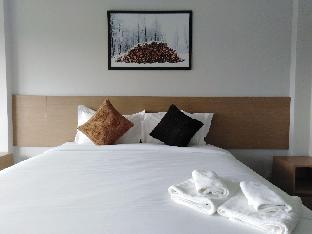 Rating from travelers 8.7 out of 10, excellentroom Price from 1389₽Check price 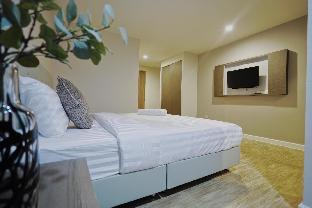 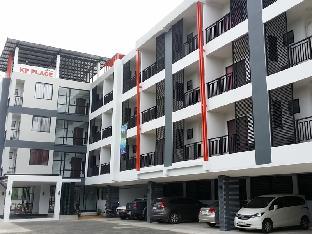 of tourists Rating 8.4 out of 10, excellentroom Price from 1136₽Check price 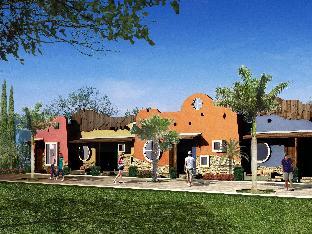 tourists Rating 8.4 out of 10, greatPrice for rooms: from 2588₽Check price 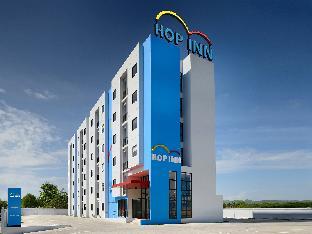 Rating from travelers 8.4 out of 10, excellentroom Price from 1136₽Check price 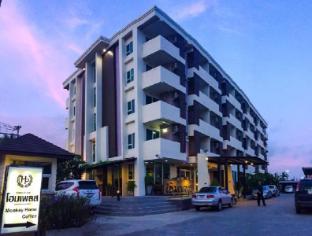 Rating from travelers 8.2 out of 10, excellentroom Price from 1199₽Check price 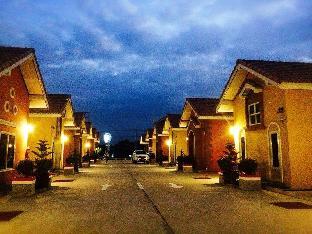 tourists Rating 8.1 out of 10, greatPrice for rooms: from 1263₽Check price 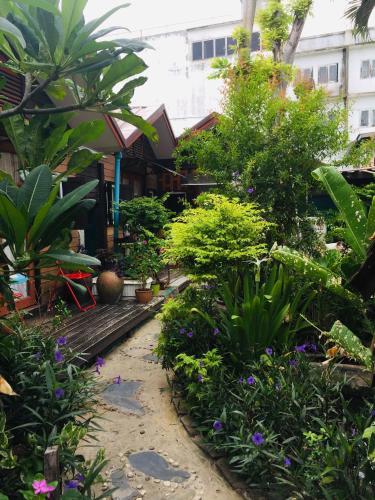 tourists Rating 8.1 out of 10, greatPrice for rooms: from 379₽Check price 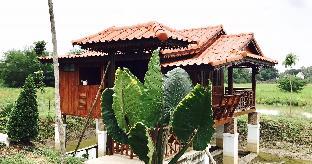 of tourists Rating 8.1 out of 10, excellentroom Price from 1326₽Check price 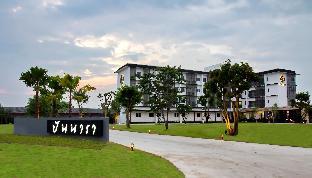 Rating from travelers 8.1 out of 10, excellentroom Price from 1136₽Check price

Almost all sights are within the old town of Lopburi. You can find there most of the monkeys, and in a new city, they almost do not go.

Outside the city there are also several attractions that are very rarely visited by tourists, but in vain. This is a very interesting place, worthy of attention. To reach them is not easy (you will have to use rented vehicles, hire taxis or take local buses), but you'll be rewarded by seeing what I see only few tourists.

Here are the main attractions:

Comments / recent posts on the topic on the forum
Common questions about BangkokMechtateli 5 January, 2019
Yes, Safari is what you need ... ...
Hotels Bangkokadmin 10 January, 2019

If there are no concrete plans to Bangkok, my choice is always to stay near a metro station Ratchaprarop. There are many budget hotels near Indra square, Baiyoke, a little further, you can also walk to Central Worldm Big-C. And in the morning walk or a taxi to the airport subway (https://nashaplaneta.net/asia/thai/bangkok-metro#arl) and to the airport immediately. ...
Transport in Bangkokis admin 26 January, 2020

Hello!
9908 bus departs from the public transport center. From what particular place is not exactly prompt, but there you will find, after all, PTC is quite small, and there are people behind the counter will tell me. Keep in mind that the schedule here https://nashaplaneta.net/asia/thai/bangkok-stancii-avtobusnaya-stanciya-suvarnabhumi updated on 2018, now it may have changed a little. But there's still a minivan straight to Chang by ferry, you can see them - https://12go.asia/ru/van/suvarnabhumi-airport/koh-chang?z=5962&curr=RUB ...
Shopping in Bangkokis admin 8 February, 2020

Yes? And I have not deposited, I have already bought tickets :-). If only the Thai flight is not canceled, but I think this will not come up, and everything is back to normal. ...
To reply or discuss the topic on the forum
CONNECT
⌃
✖Календарь недорогих авиабилетов