Mobile communications and the Internet in the Crimea for tourists 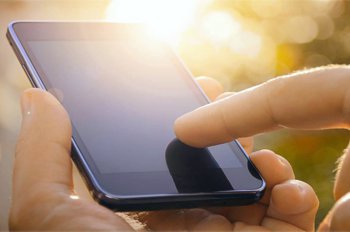 Mobile communications in the Crimea is billed as domestic roaming (not international), so no need to buy SIM card from local operators on arrival. In addition, while in the Crimea are sold SIM cards the only Russian operator MTS. To save, it is best to have your cellular provider to enable options to reduce the cost of roaming in Russia like "Everywhere as houses" from MTS.

Unfortunately, the special options are not all operators operate on the territory of Crimea. At the time of writing (April 2016) on the territory of Crimea and Sevastopol is effective only special option "Everywhere as houses" from MTS, the other operators only offer roaming. This means that incoming calls are also charged, and outgoing calls will not be cheap. So today is the best operator to travel with your home SIM card in the Crimean MTS.

The situation is constantly changing, and possibly other operators will also include the Crimea and Simferopol in your area, special options, and yet carefully read the description of the special options and rates.

Mobile Internet 2G and 3G is present almost everywhere, but works very poorly, and in some cities not at all. For example, in June 2015 for a 5 day stay in Yalta, the authors did not manage even once to access the mobile Internet, while in the suburbs of Yalta (big Yalta) it somehow worked. 4G has only started to develop in early 2015 with local operator K-Telecom. Don't forget that the difficult terrain here makes it difficult to work cell, and not everywhere there is a signal of good quality.

As for the cost and tariffs, with the mobile Internet all the while that similar voice-hundredth of communication. So far, the most profitable operator – MTS with their options of the Internet throughout Russia, and they include the territory of Crimea and Simferopol. Other operators are billed Internet traffic in roaming, and is very easy to "fly" into debt, it is the megabyte (and it viewing one or two pages) costs 2 rubles.

As for Wi-fi Internet, it is available for free in almost all hotels and guesthouses. To check availability in a particular hotel in the hotels before booking.

Comments / recent posts on the topic on the forum
Car rental, SimferopolSvetik2244 7 July, 2018
through a friend I rented a car, came out cheaper... ...
Idols Of The Chatir-DagLika3000 19 November, 2018
In the ethnographic Museum of Simferopol boring!!! There is nothing to do at all. About the Chatyr-Dag can say that you also need to know routes, so the journey was not boring. ...
Alushta and the surrounding area December 19, 2018
The rest chose to 2018 in the Crimea. Long thought, in what city or village to go, which hotel or hotel to choose, read many reviews, listened to the advice of friends and decided to stay at a wonderful place called the Utes at the hotel Santa Barbara 3**. I want to say, earlier, was vacationing abroad - Turkey, Egypt, Italy, Spain, in the Crimea, in Yalta, Alushta, Gurzuf, traveled on tours the whole of Crimea, but such a heavenly place not seen anywhere else. The village itself attracts with its beauty and atypical. The Utes near Alushta, in my opinion, even, is the town of Alushta to Yalta 30 minutes, i.e. convenient location, You will be able to get in the direction of Alushta is very fast, and in the direction of Yalta. A tiny village located on the mountain attracts with its coziness, little Italy. Who would have thought that in Crimea exists???)))
Regarding, hotels and accommodation. Very responsive, friendly and welcoming staff. Feel every day care of yourself! We lived in a room with a sea view. Every day you Wake up with the sea, fall asleep with the sea! Fantastic! The hotel called Santa Barbara 3**, one of the most famous hotels of the Cliff, the village itself is often called Santa Barbara. The hotel itself is located right on the waterfront, i.e. out of the hotel and here's the sea, the beach! The room has everything you need. Pleased with daily maid service, change of linen and towels every three days! At the front Desk administrators will always help, prompt, advise and not least important, will give You their smiles and warmth. We had two meals - Breakfast and lunch. Breakfast and lunch we had at the restaurant Santa Barbara over the sea, the restaurant is right on ...
70+ powerful tips on holiday in the Crimea in 2019Laerofox 19 December, 2018
Thank you for such detailed advice - I think they can be useful to many.
I saw there you mentioned the Marble cave. Awesome place, if anyone interested in caves or just not mind to wander through the cave and admire the beauty of the underground - the best place to find. A lot of stalactites and stalagmites, but most of all struck by a huge landslide hall, the size of the imagination. In General, if you want unforgettable memories and beautiful unusual photos - the Marble cave - the very place. ...
Rest in Crimea with children, where to gomarmiladka 15 August, 2019
Children better stay there , where the sea is shallow in Evpatoria, Zaozernoe, olenivka. ...
General questions on Crimeaadmin August 22, 2019

You have a very blurred question, all too individually. To start at least to know what you prefer beaches, sandy or pebbly, bustling resorts or quiet. ...
The sea of Azov in the CrimeaSolnechnaya 13 September, 2019

:lol: it looks Like the comb is already legendary ...
Yevpatoriya and vicinities January 4, 2020
And does anyone have pictures inside of the Turkish bath on Krasnoarmeyskaya? We are in the middle of 60-ies often went to rest in Evpatoria with my grandmother,lived in Kiev, at the beginning, almost. .Remember the small entrance from the locker room into the bath.I had to bend over to get there.Above the entrance was modeling-curly-haired head and a mustache .I always wondered how women moustache) I Think now it was the men's ward)We had friends there when it was a holiday,no one bathed.Inside there were a few areas in a large Central marble table.And marble everywhere.Beauty.I read that now it is not,stripped and somewhere Delhi..Sorry. ...
Curative mud in the Crimea, 2 February, 2020
In p. zaozernyy is mud lake estuary. ...
To reply or discuss the topic on the forum
CONNECT
⌃
✖Календарь недорогих авиабилетов