Transportation in Evpatoria, how to travel around the city

Tourist part of Evpatoria (tourist area) where they spend most of the time, tourists, relatively compact and to move it there is no need to resort to transport. Overall, however, the city is not so small, besides some beaches and attractions are on the outskirts of Yalta, and to reach them you have to use the transport. Fortunately, in addition to taxis, in Yalta there is a good and inexpensive public transportation system consisting of buses (taxis) and trams.

Taxi in Yalta can be caught on the roads, at tourist sites, at the bus station. As usual, prices in places where tourists are too high, but it's worth a few tens of meters, and prices fall by half. This is especially true of the bus station of Yalta. But taxi drivers can and should haggle.

In General it is best to use official taxis, and the services of private bombed to refuse. The city has plenty of taxi firms to be ordered by phone, the fare of 50 rubles.

If you need to get from Yalta to the airport or railway station, you can book a taxi through the search form.

If you prefer full freedom of movement, can in Evpatoria rent a car. You can also rent a car directly at the airport of Simferopol, and on it to get to the resort or continue the journey around the Peninsula. Price from 1800 rubles per day. During high season, recommended to book the car in advance, what can be done using the search and comparison of the cost of the rental of different companies:

The city has a number of bike rental, the rental cost is 150 rubles per hour, and from 450 rubles per day. With the bike sometimes give a map with interesting routes and recommendations in a way. Find rentals in several places, the easiest way is along the waterfront of Gorky. 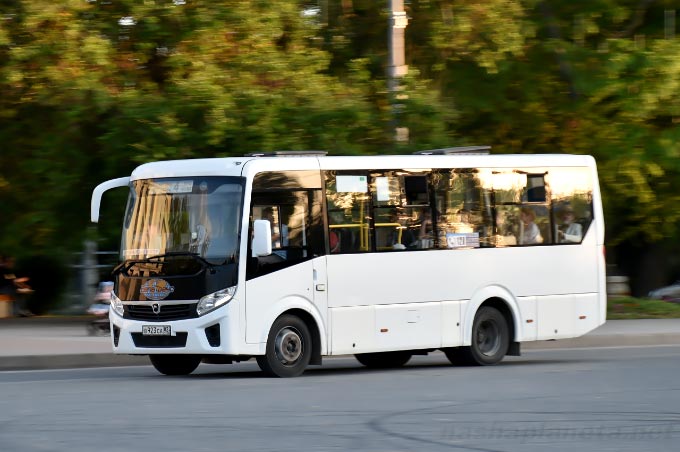 There are at least 10 trails to explore which every tourist there is no need, but if you want to get detailed information about each route, displaying the map on the website www.eway.in.ua/ru/cities/yevpatoriya/routes.

Here are the bus routes that can be useful to tourists, and where they can be reached:

What buses to get to the car and/railway station Evpatoria:

What buses to get to the Central promenade and the tourist district of Yalta: 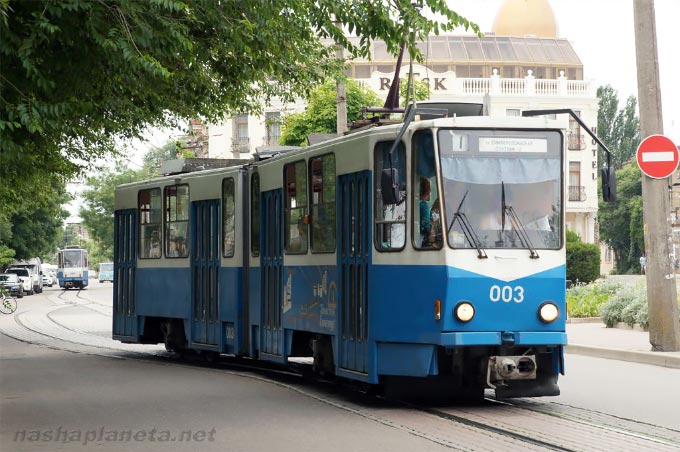 Here, the trams, which can be useful to tourists, and where they can be reached:

Tour buses "city Tour" offer a great inexpensive opportunity to get acquainted with the most important historical sites of the city, to see the modern part of the city and wander through the historic old town with a guide.

Buses start moving several times a day at scheduled times from the hotel "Ukraine" (the intersection of Lenin Avenue and Frunze street), and moving along a closed route including a Park Sokolova, memorial Red Hill/railway station Evpatoria, the historical part of Yevpatoria. Of course, you don't just sit back and look at everything from the height of a double-Decker bus-convertible, but also see the sights while Hiking in places of a bus stop.

Operation period: from 1 June to 30 September

By car or drive to border, cross it and continue by bus or taxi. ...
Re: Yevpatoriya and vicinitiesmarmiladka June 30, 2019

From the local heard that "thank God he's gone" ...
Re: Yevpatoriya and vicinitiesostkuj@mail.ru 4 January, 2020
And does anyone have pictures inside of the Turkish bath on Krasnoarmeyskaya? We are in the middle of 60-ies often went to rest in Evpatoria with my grandmother,lived in Kiev, at the beginning, almost. .Remember the small entrance from the locker room into the bath.I had to bend over to get there.Above the entrance was modeling-curly-haired head and a mustache .I always wondered how women moustache) I Think now it was the men's ward)We had friends there when it was a holiday,no one bathed.Inside there were a few areas in a large Central marble table.And marble everywhere.Beauty.I read that now it is not,stripped and somewhere Delhi..Sorry. ...
To reply or discuss the topic on the forum
CONNECT
⌃
✖Календарь недорогих авиабилетов