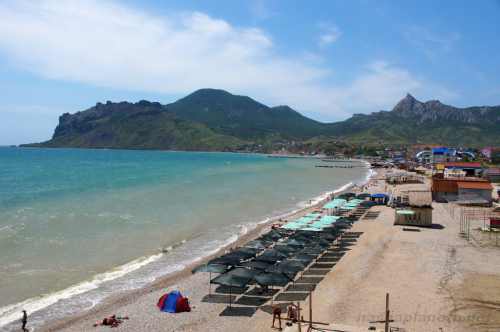 Crimea (Crimea) is a Peninsula in the Black sea and the homonymous Republic within the Russian Federation. The capital of the Republic – the city of Simferopol. Crimea is in the South-West the country is washed by Black and Azov seas (Crimea on the map of Russia). To get here is by plane, bus or car across the bridge, and soon will open, and rail service.

The territory of the Peninsula is 27 000 square kilometers, which is almost two times smaller than the area of the Moscow region, the population is less than three times.

If you for some reason not in the subject, then the current status of the territory of the Crimea is ambiguous. As a result of the referendum may 11, 2014 this area came from the Ukraine as an independent state, and joined Russia as a subject – Republic of Crimea. This fact was not recognized by other States and by the Constitution of Ukraine the Autonomous Republic of Crimea remains part of Ukraine, but de facto this territory has since been fully controlled by the Russian Federation, where all the authorities of the Russian Federation and the armed forces.

But whatever the situation may have been formed in the political field, one fact remains immutable: the territory of the Peninsula Crimea – a wonderful place for recreation, tourism and travel. The nature of the Peninsula is rich, terrain is diverse, history is rich and interesting. Here you can find a holiday opportunity to laze around and sunbathe on the beaches and those who like to travel in search of interesting historical sites and beautiful natural formations. Not deprived region and entertainment, including zoos, water parks, festivals, exhibitions etc. Possible diving trips to private resorts. Well-developed night life, there are many discos. From tours, in addition to simple travel in comfortable buses of interesting and colorful places, offers Cycling and Hiking tours, Hiking and walks on national nature reserves. And not to mention the winter vacation in the Crimea – the ski resort of AI-Petri. By the way, in the near future there will be a few more ski resorts with at least such are the plans of the local tourism industry. 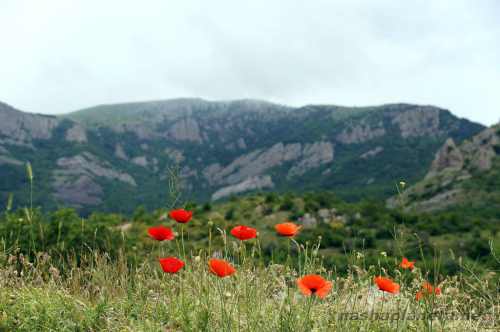 Travel to the Crimea for tour and independently. Tours to Crimea are available today from almost all regions of Russia, you can buy a departmental or vouchers from businesses in the specialized sanatorium at very low prices. However, much more interesting to travel to Crimea on their own, especially for such trips you do not need to know a foreign language, don't have to deal with cultural misunderstanding and adapt to a foreign mentality. All here their home, and that is still very inexpensive. So, flights to Crimea from Moscow, St. Petersburg and some regions are subsidized by the state and look cuter than in the Krasnodar region. Public transport to move around the Peninsula a highly developed and inexpensive. And for those who want to save money, including on accommodation, have the opportunity to stay not in a hotel, and rent a room or apartment from private owners, or even to go "savage" with a tent and sleep in campgrounds, of which there are a huge number. All the information for independent travel to Crimea you can get from our site starting with this page.

The popular resorts of the Crimea

All resorts and tourist places of the Crimea

See the full review of resorts of Crimea, as well as use the interactive assistant to select the resort in the Crimea.

The Crimea resorts on the map

The tourist season in the Crimea, when to go

Beach rest in the Crimea is possible all year round. Although the average temperature here is higher than in most regions of Russia, relaxing beach vacation is only possible in the summer.

The high tourist season in almost the entire territory of Crimea is necessary for the period may-October. In this may June, though the warmer months, bathing is not very well suited, since the water has no time to warm up. The peak beach season is July-September. The water at this time well warmed, also reduced the amount of precipitation. In the second half of September and October comes the so-called Indian summer, when the sea is still warm enough for swimming, but the air begins to cool, the evening temperature falls, and even have to dress warmly. At some resorts, tourist infrastructure at the end of September congealing.

The off-season or off-season runs from November to April. At this time a beach holiday, with rare exception, impossible, but it's a great time for excursions, sightseeing.

The ski season in the resort of AI-Petri starts in December and lasts until April.

Seasons in the Crimea months, when is the best time to go

Current weather in the Crimea (Yalta) and forecast

Time in the Crimea

Time in the Crimea does not differ from Moscow and translates from summer to winter.

The current time in Crimea*The time difference with the cities:
* - if time is incorrect, refresh the page Ctrl+F5:

Outlet stores of alcohol. everywhere in the Crimea it is possible to meet brand liquor stores, selling wine and champagne local production. Although in most cases these stores do sell original local spirits at a reasonable price, some of them are simply speculating. For example, a bottle of the same wine in the supermarket cost 190 rubles, and the company store 400 (season 2015).

Attractions in Crimea. Many sights and activities here are seasonal, and some even closed after the annexation of the region to Russia (this is, among other things, rights to land and property). So before heading to any far sights, be sure to check with your local or by phone if it works now.

Sightseeing and entrance fees. When you purchase tours please check whether the entrance fees to museums and attractions in the cost of excursions. Often it is necessary for the inputs you have to pay extra.

Money and plastic cards in the Crimea. Unfortunately, while that in the Crimea is better to go only with cash. Plastic cards are almost never accepted, the main Russian banks do not have (including Sberbank). You can withdraw money only from ATMs of local banks with extra Commission. This situation is expected to persist until the Peninsula will not be lifted sanctions from Western States.

Prices in the Crimea. Be prepared for the fact that the prices of essential commodities and food here is more expensive by 20-50 percent than on mainland Russia. And this applies not only to coastal areas, but in General. Particularly high prices in small private shops, while large supermarkets are kept relatively low prices.

Comments / recent posts on the topic on the forum
Re: General questions on CrimeaLika3000 19 November, 2018

In the temple of the Sun do not get the problem, don't know about any war is a speech? You can reach the Temple of the sun both from the Laspi, more gradual rise or a Falcon, but it is recommended for those who have bad poor physical training. Was here in October. Very atmospheric place. Liked it much more than the ay-Petri plateau, although now it can be reached by car or cable car. In General, if you want to visit the places of power in the Crimea, there are simpler routes) ...
Re: General questions on CrimeaZoz 4 July, 2019
Um, why not Sevastopol? ...
Re: General questions on Crimeaadmin 5 July, 2019

To be sure, only it's not ready yet guide ...
Re: General questions on CrimeaVentFaible 20 August, 2019
Tell me, if no children to go by car, it is better to look for housing (hotel or private house, again), or to try savages (experience of living in a tent on the beach no sea, but plenty of praise)? Or score at all and just using standard tour operator to look for the tour? ...
Re: General questions on Crimeaadmin 20 August, 2019

You look by yourself, what you better and more comfortable for you because no one will answer. But if the experience of traveling with a tent, no, I would not advise so to stay. Living in a tent is not so easy, there are many domestic issues that need to be addressed. But you can try to combine and stay in housing, and a few days in the tent. And don't forget that according to the water code, it is impossible to Park a car closer than 500 meters to the sea, otherwise fine. ...
Re: General questions on CrimeaVentFaible 20 August, 2019

Thank you very much :SUPER about the Maritime code is not known. About the combination of housing and tents are not thought a good idea)) ...
Re: General questions on CrimeaVentFaible 22 August, 2019

And you tell me the tents by the way, what to choose? Experience is really very little)) And I figured that with a backpack it is better to have and probably something else? A suitable section under question is not found, about the camping :lol: ...
Re: General questions on Crimeaadmin August 22, 2019

The conventional two-layer tent take under the required amount of people. Those that are in the shop or Decathlon sells a great. Still need a gas burner, folding BBQ (the easiest $ 100 fine), sleeping bags, foam or inflatable mattress, lamps, pillows or inflatable pillows insect repellent. This vskidku. If you want, you can create a topic there is to discuss everything in detail. ...
Re: General questions on CrimeaVentFaible 22 August, 2019

Thank you. I thought to create, but not found a suitable section. It would be cool and useful to me, and someone else can come in handy. ...
Re: General questions on Crimeaadmin August 22, 2019