The Ghosts Of St. Petersburg 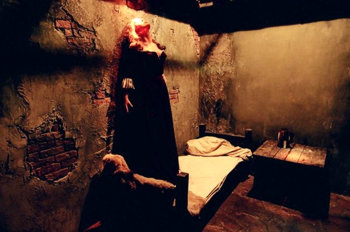 Saint Petersburg is a city and the palaces of the Russian emperors. They, being in their rooms, deciding the policies of our country. But sometimes happened in the family of the Romanovs hitches and tragic events. Where the rulers were killed by their colleagues, poisoned or tortured to death. In other cases, completed his age suddenly. Many souls of various nobles and themselves the ruling persons till now concerned about living within their walls people. Now some of them need to talk.

Distinguished here Anichkov Palace, the walls of which from time to time appeared a certain Madame in the white hoodie and frightened rulers of their warnings. The first is testified by its appearance marked 1757, after sixteen years after the construction of the Palace. Next, and continued to see within its walls, but the lady was quite calm and not have anxiety not caused. However, in the conflagration of 1812, in the burning premises from the street was visible to her a great silhouette. In the ensuing century, it had frightened by his presence, living in the Palace of the emperors. With them she tried to get in contact. First she was scared of Nicholas I he was explaining something, he naturally fright did not remember. She talked with his son Alexander and grandson Nicholas. Last, she told about the impending change of government and that he is the last of the emperors. So talking to her is a bad sign. A closer look at this history and its ghosts, you can time pedestrian pictorial tours here http://www.sputnik8.com/ru/st-petersburg/category/walking-tours 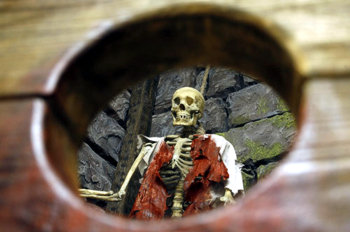 However, any communication with St. Petersburg is considered bad Ghost and bad omen. So, for example, is communicating with the city's founder Peter the great. He appears sometimes in the historical part of the city on the Senate square or the Park in the summer at night. So, he met Paul the First, who was returning with his friend home and walked through Senate square. The Emperor was dressed in dark clothing, she leaned toward him and spoke some words, which explains the presence of the monument at this place. In the end Peter felt sorry for Paul and disappeared. Companions him assured that nothing is seen. However, he said that he turned pale and was taken aback, as if something came to meet him.

The spirit of the Emperor himself settled in the engineers ' castle. Is one of the popular ghosts of the city. Due to the fact that it can be found today in the same place to see a man nervously walking back and forth, sometimes threatening with a fist to the employees of the Museum. Spirit loves music, plays the flute. None of the workers and guards do not like to be on duty at night in this building.

According to some rumors in the corridors of the Winter Palace to meet Nicholas the First. Spirit it represents, it is absolutely harmless and does not touch neither visitors nor employees of the Museum. The administration of the institution denies his presence in this building, but the rumors about him are multiplying.

Here are the interesting phenomena can be seen on the streets of modern St. Petersburg.

Comments / recent posts on the topic on the forum
The resorts of the Krasnodar region -- Where more interesting to relax?Swallow December 4, 2019

If the rest are going to the Loo is nothing to do)) we were there, no infrastructure and the boardwalk there is no chance. Live on the mountain every day, several times back and forth to get that after maruska not particularly desirable. two shops in the whole area, and that the evening stroll and thought no - one buildings Yes road. Adler norms in this respect - is where to go and what to see. In Sochi, for my taste it was too loud for guests. ...
Holidays in AbkhaziaSwallow December 9, 2019
All I was thinking about Abkhazia, but after listening to friends - so you shouldn't go at all. As they say there are no special conditions, infrastructure, nothing. I do not know. At least in principle, we have in Sochi is not perfect everywhere, but it is still heart isn't in it yet. ...
Kazan and TatarstanSwallow December 9, 2019
For me in Kazan you need to walk alone, slowly, enjoying nespesha others. and trips these bus - run run, do not have time neither to look nor to understand what was happening ...
Interesting placesnausla 10 December, 2019
Just to add, you just have to click on the "standard answer" that's where the opportunity arises in the menu. ...
Water recreation in Kalyazinclubonthewave 2 January, 2020
I represent to your attention an interesting place for travelling on the water surface. This suburb of Tver region, Kalyazin district. From Moscow to Yaroslavl or Dmitrov highway 170km, no jams 2:30 drive. The waters of the river Gaben (approximately 6 km to the Volga river and the reservoir).
The exact coordinates are on our website: https://clubonthewave.ru/
We have rental boats: https://clubonthewave.ru/punkt-prokata/ there's an online store and kayak.
We can offer you several routes from 5 to 30 km, place for car Parking, accommodation with tents, or choose hotels. Our fleet consists of single, double and triple kayaks; there are SUP boards, boats with motor and without, cabin boat. Provide radio communication and safety equipment, other equipment for water tourism. On request we can organize excursions to local attractions such as the flooded bell tower, the monastic island, a Museum and much more. Constantine 8 905 579 0932 ...
Yevpatoriya and vicinities January 4, 2020
And does anyone have pictures inside of the Turkish bath on Krasnoarmeyskaya? We are in the middle of 60-ies often went to rest in Evpatoria with my grandmother,lived in Kiev, at the beginning, almost. .Remember the small entrance from the locker room into the bath.I had to bend over to get there.Above the entrance was modeling-curly-haired head and a mustache .I always wondered how women moustache) I Think now it was the men's ward)We had friends there when it was a holiday,no one bathed.Inside there were a few areas in a large Central marble table.And marble everywhere.Beauty.I read that now it is not,stripped and somewhere Delhi..Sorry. ...
Nizhny NovgorodSUMMER18 5 January, 2020
Lived in Lower three months... can't tohno to say what feelings I have left of this city . Yes , no doubt there is just a lovely place , but such as I relocate this city has not considered.Heavy city like me .Very overcast . But the view is that ...for Example in Nizhny Novgorod ,so many beautiful and old temples (churches) . ...
110 practical tips for holidays in 2019nausla 22 January, 2020
So you write: "...of course not to overpay in Sochi and in the winter to go..."
And in may need to fly to the South, on the sea.
In Russia in may, the swimming is not comfortable anywhere. ...
Curative mud in the Crimea, 2 February, 2020
In p. zaozernyy is mud lake estuary. ...
Karachay-Cherkessia, Dombai, Arkhyzadmin 16 Feb, 2020

Hi Andrew!
Basically all it says right here about the routes - https://nashaplaneta.net/europe/russia/karachaevo-cherkessiya-teberda-dostoprimechatelnosti if there answer will be the same and write. Routes need to make the border crossing from Teberda no,only those routes in Dombai. If you're in Dombay, they are issued at the entrance to the route, all well organized. ...
To reply or discuss the topic on the forum
CONNECT
⌃
✖Календарь недорогих авиабилетов