At the moment consumer loans are in high demand. Our countrymen go into debt, sometimes significantly overestimating their financial capabilities, and a few people think about the future consequences. And the consequences can be very serious, particularly if the borrower is connected with constant business trips abroad. Imagine the situation: the tickets on hand, you are in a hurry to the airport, and then you stop and veto your departure. Let's try to understand whether it is possible to cross the border, if the hands do not repay the loan?

A clear answer, will release you from debt on the loan abroad or not, does not exist. It all depends on the specific situation, and primarily of the outstanding amount, and also started if your creditors (Bank, organization or individual) to litigation on these violations. In General, the bailiffs there are several classifications of violations among citizens for whom they may prohibit travel abroad: persons who flee from taxes, employers who violate the employment contract, malicious defaulters of the alimony, and, of course, citizens who do not want to pay the loans.

The very existence of the loan or the presence of a small delay on it is not a ban on travel to other countries. That is honest borrowers have nothing to fear. However, if you have outstanding debt, the Bank, organization or even private person from whom you borrowed under the bill, has the full right to apply to the court for further proceedings. And when the court confirmed the fact that you refuse to pay the debt on the loan and you have formed a critical amount, the bailiffs will make a decision about the ban on travel abroad.

After the court decision you will have the chance to repay, but if ye do it not (i.e. do not fulfill the decision of the court), the bailiffs will give your details to the FSB, which carries out border control, and even then you're not going anywhere and will not leave the earth.

Always keep in mind that unpleasant situations can arise due to the delay of data transmission between different services. This occurs when all debts are repaid, and data in relevant organization has not been shipped. In General, the bailiffs for the lifting of the ban on travel is given by law 14 days, so to repay all you need in advance before you travel, and even better I will provide all documents on repayment of debts to the bailiffs to speed up the process.

And yet, we should also mention the debts of the co-borrowers and guarantors. According to the loan agreements and the terms of the law they are responsible for nonpayment of the loan by the borrower in full measures. This means that you can be banned, even if you are a co-borrower or the guarantor, at the borrower's bad faith, whether it's your spouse, relatives or acquaintance. So be careful, when you become a co-borrower or guarantor.

To learn about the availability of debt on the official website of the Federal bailiff service fssprus.ru or through a specialized service NEVILE.Of the Russian Federation. By following these simple rules, you will protect yourself from unpleasant situations. 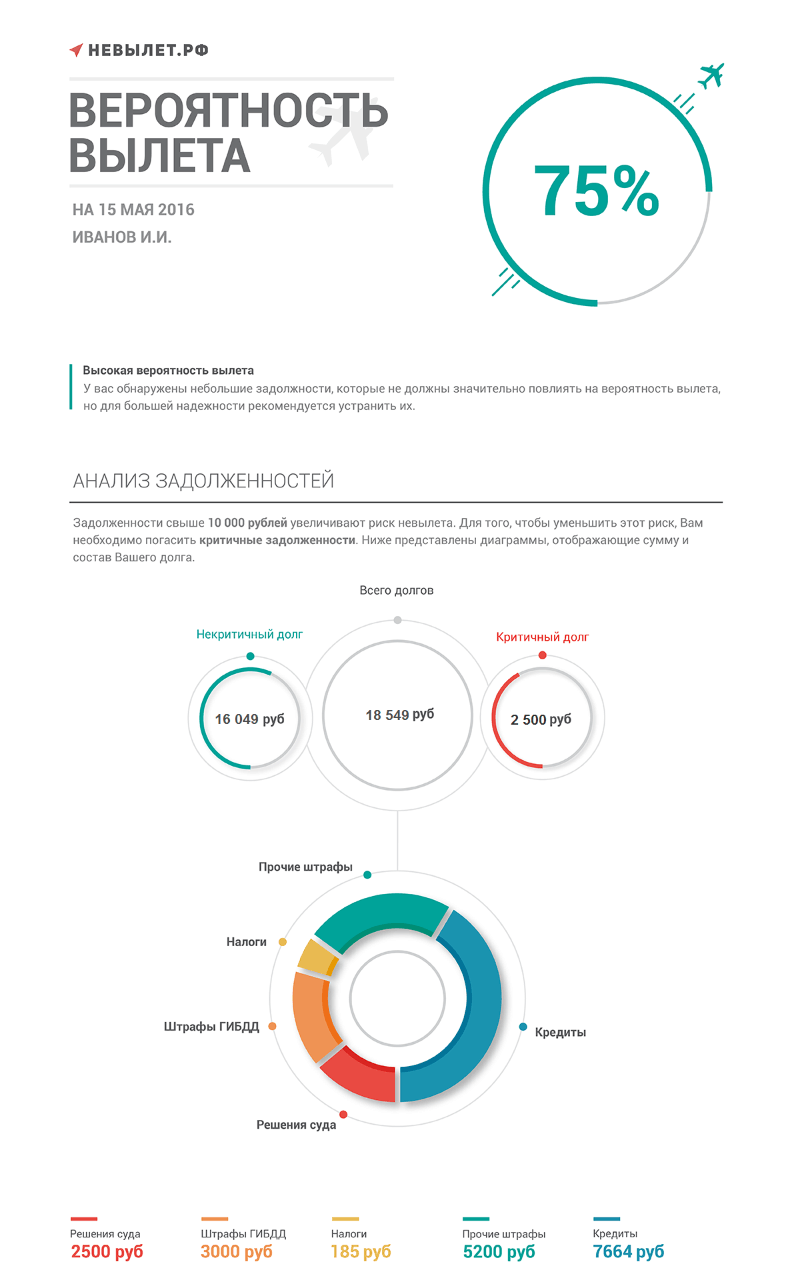 Yes, of course! :SUPER
And that's what will follow you will learn drove. :THINK ...
Re: Ban on travel abroad because of debtsAlex 291182 28 October, 2019
I paid debt in September,two days to go on a business trip abroad. A week, I run to the officers to be removed from the website of the Federal bailiff service, not fucking off,they say well You have the same prohibition. The debt was 31300R. Can I not release?Thank you. ...
Re: Ban on travel abroad because of debtsadmin October 31, 2019

Sorry for the delay in response, myself on the trip, can't always answer. It is best to have police officers ask for written confirmation of the absence of the ban. In General as far as I know according to the normative documents from police officers is 14 days for the lifting of the ban. In your case it remains hoping only for the best. ...
Re: Ban on travel abroad because of debtsnausla October 31, 2019
And if you break off the trip, write to the Prosecutor's office and to serve on a particular bailiff to the court.
But before that it is better to visit a lawyer. ...
Re: Ban on travel abroad because of debtsadmin 1 November, 2019

Yes, but you can apply only if they have not performed their duties in a 14-day period, but otherwise useless. ...
Re: Ban on travel abroad because of debtsnausla 1 November, 2019

So it took significantly more time. ...
Re: Ban on travel abroad because of debtsVlad January 19, 2020
Executive production hangs after 3 years on the website of the Federal bailiff service , the amount of debt is not interrupted by the article but not closed, the amount is not prescribed, although there were more than 30 000 rubles. for Moral harm. Can I travel out of the country, there is a ban or not? ...
Re: Ban on travel abroad because of debtsadmin 20 January, 2020

Here you can either see them or no or visit the division court bailiffs and obtain their confirmation that prohibition. There are reluctant to communicate personally, they have other work to do, but you can write them an official request on the website, they are obliged within a maximum of 30 days to respond. This response can then be used in court if at the border will not be released. ...
To reply or discuss the topic on the forum
POPULAR TICKETS
Bangkok, 22 131₽Phuketfrom 26 786₽Hanoifrom 26 406₽Saigonfrom 26 874₽Nha Trangfrom 25 633₽K. Lumpurfrom 23 386₽Delhifrom 18 878₽Singaporefrom 27 410₽Balifrom 31 869₽Colombofrom 22 339₽Londonfrom 2 746₽Yorkfrom 20 653₽Paris7 170₽Romefrom 7 447₽Crimea4 208₽Sochi(Adler)2 970₽Top 100 tickets out of your airport here
⌃
✖Календарь недорогих авиабилетов