Where to go in Nha Trang or Phan Thiet (MUI ne)

Vietnam tourism Nha Trang and Phan Thiet (resort area of MUI ne) is arguably the most popular and most visited places in Vietnam, especially among Russians. This is not surprising, because both resorts have good beaches and good infrastructure. Prices for package tours and costs for self-organized trip, at one time or another resort about the same. There is only one problem – the right to choose one of them, if it is not possible to visit both in one trip. Below we have tried to objectively compare these two places to make it easier to decide. But first, brief information about these resorts in a few sentences:

The distance between the Antietam and Nha Trang – 230 km.

Where is the best beaches?

And on and on the other resort beaches are considered good quality (but not perfect). Do not expect any of these places the beach in the style of "bounty": they are far from that.

MUI ne (Phan Thiet) has long been the Russian resort area of Vietnam. Russian here almost more than all other tourists combined. There are many cafes, restaurants, shops, travel agencies focused on Russian tourists and belong to the Russian. There is even a supermarket "Crossroads". Those who did not speak foreign languages, the ne will feel almost like home.

Nha Trang is still not as Russian, but in recent years, the situation changes dramatically: there is cutting the influx of Russian tourists, lots of Russians arrive in Nha Trang and making business (including illegal). As a result, there appeared a number of establishments dedicated exclusively to the Russians, but while they are still smaller than in the ne. Without knowledge of a foreign language in Nha Trang also will not have any difficulties. 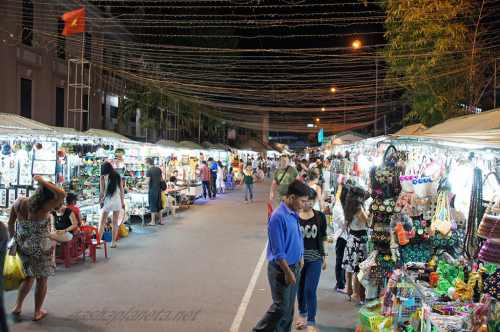 A difficult question. Because it all depends on point of view. MUI ne is a great place to practice water sports (kitesurfing, surfing), and there is a relevant party from all over the world. But if you just a tourist in MUI ne, brought to you in the form of a holiday village, which, in fact, is. Seems to be all that you need to stay there, but for serious shopping you have to travel to the city of Phan Thiet (5-15 kilometers from the resort) and the attractions to get miles. In the evening in MUI ne, in addition to a campaign in cafe or restaurant, there is nothing to do. Any entertainment for kids either.

Nha Trang is much more active and more fun, because the tourist area is located right in the city. Everything is constantly in motion, and even in the late evening. To find something to do at almost any time of the day. Offers many fun and informative and entertainment. More near Nha Trang is the island of hon tre (Hon Tre), which is the amusement Park Vinpearl Land, where it will be fun for adults and children. And the city for children a lot of interesting things.

Where is the best weather?

Despite the proximity of the cities (they are separated by only 230 km), tourist seasons during the year, they vary greatly. Overall, both resorts are all year round comfortable holiday, but there are less comfortable low seasons:

Read more about the weather and seasons in Nha Trang.

Read more about the weather and seasons in Phan Thiet.

MUI ne attractions is almost there. Between the Antietam and the resort are Cham towers, the inspection of which is to spend no more than 20 minutes. Also in the ne there is a small river with picturesque banks, called "Red brook". This, perhaps, and all. Other interesting places are far beyond the bounds of the city and get there in most cases is possible only with a guided tour. Among them: Mountain Taku and the statue of the reclining Buddha; the Ke GA lighthouse; red and white sand dunes, red canyon. It is a very modest attractions. Read more about attractions of Phan Thiet here.

In Nha Trang attractions, the situation is much better. In the city there are several museums and many interesting architectural buildings, temples. You can go with excursion to "monkey island", to waterfalls, visiting hot springs and much more. Read more about Nha Trang sights here.

Much easier to get to?

This is a particularly important question for those who travel independently. However, unequivocally to answer it it is impossible, you have to try on the situation individually for themselves.

To get to Phan Thiet (MUI ne) through the international airport of Ho Chi Minh citywhich is quite far (a few hours drive) from the resort. In Nha Trang international airport is very close, literally a half hour drive. And, more recently, in Nha Trang airport started direct flights from Moscow and, accordingly, to fly to Nha Trang airport and then get to the resort from the airport by taxi or bus with minimal inconvenience.

At the same time, arriving even very cheap flights to Ho Chi Minh city airport, you will be challenged to get to Phan Thiet (MUI ne), and cheap public transport there is is completely absent. It is either hire a taxi (from $ 100 per car) or go by bus or train through the city which of course is much cheaper, but will require a lot of time.

Read more about how to get to Phan Thiet and MUI ne here, and how to get in Nha Trang here.