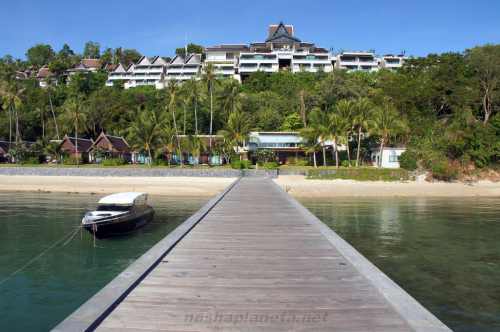 Thailand – the land of a thousand smiles! It's not just words. As soon as you first descend from the aircraft, landed in Thailand, you'll immediately feel it. Perhaps the Thais are the friendliest people on the planet.

The modern name of Thailand means "Land of the Free" and this is no accident. Thailand is the only Eastern country, not knowing "colonial slavery" in England or France, which was stimulated by the friendship of the Russian Emperor Nicholas II and Thai of king Rama V (and before that the friendly relations with Thailand began to establish Alexander III). That is why the Day of birth of any Siamese Emperor (especially Rama V) is celebrated here on a Grand scale. 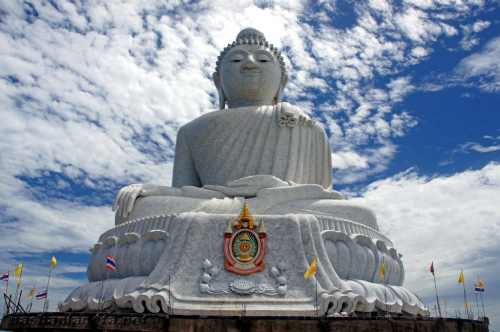 Among Russian tourists Thailand is one of the most popular destinations for travelers. And this seems not only a large number of the sold vouchers, but the fact that increasingly, in the streets of resort cities of Thailand to hear Russian spoken from the lips of Thais, to see signs in Russian language on the streets, in shops, hotels and restaurants, and in some places you can even change the Russian roubles to baht. Besides, this is the most popular and trendy vacation spot of stars of show business not only from Russia but also from around the world.

For most Russian tourists Thailand has long been a kind of starting point of exploring South East Asia, and for many it has remained a place of first love with traveling. Well-developed tourist infrastructure, comfortable and cheap transport, low prices, and most importantly - friendly people, made the country the most convenient for independent travel. Therefore, if you plan first to go to independent travel abroad without a permit of a better place than "tai" is not found. And to make it easier to organize and plan a trip, in this section we have collected all the necessary information for independent travel to Thailand.

Major cities and resorts of Thailand:

A bit of history of Thailand

The Kingdom of Thailand (until 1939 and 1945-48 was called Siam) is a country in South-East Asia p-ovah Indochina and the Malay Peninsula, bordering the Andaman sea and the Gulf of the South China sea. Area of 514 km2. The population of 62.4 million people (2000), about 3/4 — Nations of the group of tai, about 1/5 — Lao. The urban population is about 22%. The official language is Thai (Siamese). The official religion is Buddhism. Administrative divisions: 73 Changwat (province). The Capital — Bangkok.

Thailand is a constitutional monarchy. The head of state is king. Legislative — bicameral national Assembly (Senate and House of representatives).

The Climate Of Thailand

Humid tropical and subtropical. This is due to the location of most of the country in tropical and subtropical zones and the influence of the South-West and North-East monsoons. The distance between the northernmost and southernmost points of Thailand is 1,860 km, and difference of latitude — about 15. Such a length from North to South makes the climate of Thailand is one of the most diverse in Southeast Asia. The southwest monsoon brings rain and relative coolness at the end of may to mid July. By November, the rains stop and there comes the "cool dry" season lasts to mid-February. At this time the influence of the northeast monsoon, not touching, North, northeast and Central Thailand directly, but bringing coolness. After the weakening of monsoon, February — may, comes the intense heat, and the humidity gradually increases up to the beginning of a new monsoon season, and then the cycle repeats again.

The rainy season. The duration of the rainy season it is difficult to determine. It usually starts in may — June and can last until November. In the center of the country and on the East coast of strong rains in August — September. October — usually the last month of the wet season, when significant volumes of water have accumulated in irrigation systems and urban drainage, resulting in infrequent and not very heavy rains happen very severe floods. In particular, when the chaophraya river overflows its banks, some districts of Bangkok are flooded, after all, about a third of the city is below sea level. The rainy season in Thailand is incomparable with the same time of year in other countries of South-East Asia. Of course, dirt roads are impassable, and over the tropical beaches of the day hanging clouds, however, they allow enough ultraviolet rays to warm the air, the sea and the sand beaches.

You also need to focus on the temperature — the closer you are to the equator, the less difference of temperatures. So in the cool months (December to February when the average temperature ranges from +20 to +27) night the temperature can drop to zero in the mountains to the North, while during the day it reaches +25. In the morning in Chiang Mai (Northern Thailand) at this time is about +10 Celsius, and in the other regions is above +20. The highest temperature is observed in April and may — then it is above +35 (normal), but sometimes up to +40 in the shade.

Weather and tourist seasons in Thailand

Despite the fact that there is no special period of the tourist season in Thailand, especially for the Russians, nevertheless, it is believed that the best time to visit – the period from November to end of March. This so-called "not rainy season", and at this time not very hot. Besides at this time there is a big part of holidays and festivals in Thailand. Also tourists prefer to visit Thailand in July and August.

If you plan to spend time in the Northern part of Thailand, the hot season (March to may) and early rainy season (June to July) is also a good time.

The North-Eastern part and Central part of Thailand are undesirable to visit between March to may due to high temperatures, sometimes reaching 40°C, and forest fires. During these periods it is better to choose to visit some place in the southern part of the country.

If you want to avoid the influx of tourists to buy a ticket, tickets or book a hotel at a lower price, you can go to Thailand from April to June or September to October.

Despite the fact that in the rainy season (July to October), as is commonly believed, the rest not so comfortable, in fact, there are benefits of recreation in this period, the temperature a little lower and more comfortable, the price is also lower, tourists are fewer. Rains during this period, fear not: it rains not every day, and although they are abundant but quite short. Within an hour after a heavy torrential rain from him not a trace remains. Even if the sky is covered with clouds, you still have a great chance perfect tan, the sun is so active.

The time in Thailand

The time difference in Thailand and Moscow is +4 hours in winter and summer.

The current time in Thailand*The time difference with the cities:
* - if time is incorrect, refresh the page Ctrl+F5:

Electricity in Thailand as well as in Russia is 220 V, 50 Hz. Local electrical outlet made for a three-pronged plugs with flat pins. But sockets are almost always universal, and adapter for standard Russian and Euro plugs not required.

The official language of Thailand is Thai language. Also quite often you can find the languages of small peoples of Thailand. The Thai language is very complex, and owning them requires a very good ear, but if you learn a few basic phrases in Thai, you will get very much respect from the Thais. They understand how their language is complicated, and very proud of it. Learn the basics of the language through the Internet on special sites, and to study on language courses, which in large quantities are offered in tourist areas.

In tourist areas you will not have problems with communication in English. All Thais, even as it connected with tourism speak English very well. The name almost everywhere is backed up I'm English. The exceptions are the taxi drivers who sometimes don't understand a word in English, and there are such even in Bangkok. In more remote, non-tourist areas of Thailand, I know English is not everything, but almost always within sight, you can find a local who understands English and will be happy to help you as a translator.

In the major resort areas of Thailand (Phuket, Pattaya, Samui) in many hotels, restaurants and shops in the inscriptions are duplicated in Russian, and the staff can know basic phrases.

The government of Thailand

The Kingdom of Thailand is a constitutional monarchy. The head of state is king. The king and his family members are entitled to the unquestioned authority and respect. Disrespectful to him in any form is very severely punished by the law.

🕒 May 16, 2020
Before the trip, don't forget
Recommend the best prices on flights to Thailand:
Comments / recent posts on the topic on the forum
Re: General questions about Phuketadmin 23 March, 2019

Moved your topic from Phuket.
1. If you pay for the hotel on the booking card, the card will be charged the price indicated in rubles. If you need to know the exact conversion rate, change the currency on the booking in dollars and do the math on the calculator.
2. About using times written here - https://nashaplaneta.net/asia/thai/money.html. And what kind of features you use the card VTB world, you get to know in the Bank or to read the terms of the contract. In General features, I think, should not be any, will be able to use it as a card of any other Bank. ...
Re: Common questions about Thailandsmart4111 28 March, 2019
Hello! And it is possible to return the tax per stay in the hotel? Buckingham writes that the price includes sales tax of 7%. ...
Re: Common questions about Thailandadmin 28 March, 2019

If you are renting a car, all OK, and on a motorbike will be fined. As much as I drove a motorbike in Thailand, but I never in my life never stopped, although I have everything as it should be: category a and the international ...
Re: Common questions about Thailandadmin August 23, 2019

If you'll be driving, not fined. If a motorbike will be fined. ...
Re: Common questions about ThailandVetot 20 September 2019
The driver's license of the Russian sample is indeed in Thailand, though the Vienna Convention has not been ratified. Got into an accident through the fault of the Thais, insurance WU admitted (as there are people operate by laws: Convention signed but not ratified). But the Police, especially in tourist areas to prove something difficult, almost impossible. ...
Re: Common questions about Thailandadmin , September 20th, 2019

So it is true, but there is an official circular and the statement by the police in the media that the national Wu international they do not recognize. This year alone, all published in the Thai media. Therefore, to argue with the Thai police on the road I think it makes no sense, they have bosses and teams at the top. ...
Re: Common questions about Thailandgreen007 June 23, 2020
The rainy season we have to Tae this September - October. twice a day (rarely more often) there is a heavy rain. Dramatically and at 3 meters is nothing visible in the car. It usually lasts about 30 minutes. All the bikers at this time parked near the houses, where there is a canopy of shops or under the trees. Then just as abruptly it ends, at the street main water flows down the drain and again the sun shines and everyone is going to tan) and not, as written here - six months of the rainy season..) the author would ask though)) good luck, come to us in Thai! ...
Re: Common questions about Thailandadmin 23 June, 2020
...
To reply or discuss the topic on the forum
POPULAR TICKETS
Bangkokfrom 27 204₽Phuketfrom 31 622₽Samuifrom 43 030₽Chiangmaifrom 40 868₽Chiang Raifrom 40 868₽Krabifrom 36 119₽Surat Thanifrom 40 165₽Spendingfrom 36 740₽Hanoifrom 28 863₽Saigonfrom 31 819₽Nha Trangfrom 23 195₽K. Lumpurfrom 29 702₽Langkawifrom 37 212₽Singaporefrom 32 920₽Balifrom 33 860₽Goafrom 31 790₽Colombofrom 33 150₽Top 100 tickets out of your airport here
⌃
✖Календарь недорогих авиабилетов