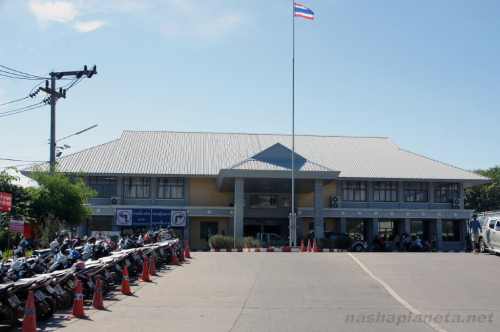 New Phuket bus terminal (Bus terminal 2) is currently the main bus station of the province of Phuket. It arrive and depart coaches outside of the island all over Thailand. Here are a number of private carriers in the southern provinces. Buses there are both large and minivans.

Among the main tourist routes there are Bangkok, Pattaya, Chiang Mai, Chiang Rai, Hua hin, Cha am, Samui, Krabi,. Lanta, Surat Thani (transfer trains or to get to Koh Samui), Hatay (Had Yai to get to Malaysia by land), Satun (Satun, ferry to Langkawi in Malaysia)... read more...

How to get to Koh Samui from Phuket and back 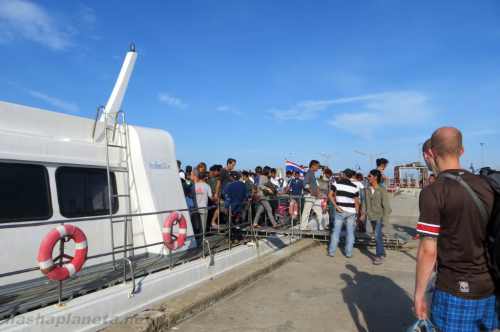 Phuket and Koh Samui parts direct is 270 kilometers and the whole continent. The fact that Samui is in the Gulf of Thailand on the Eastern side from the mainland (Malay Peninsula), and Phuket is on the West side, in the Andaman sea (see map of Thailand with resorts). It turns out that directly on the ground to travel between Islands, as well as on water, if only not to go more than two thousand kilometers around the Peninsula. Almost all non-aviation routes with the change of transport ferry+bus or Vice versa. While on Koh Samui from the mainland accessible only by ferry, while on Phuket are usually on the bus on the bridge. Oh and have an opportunity to directly fly from island to island, though it is not a budget option. Here are all the ways...read more...

How to get to Phuket from Bangkok

The route from Bangkok to the island of Phuket is one of the most popular, as transit through Bangkok is the cheapest way to get to Phuket. Flights to Bangkok from Russia and other countries are traditionally much cheaper than the resorts, but to get further from Bangkok to Phuket can be very budget. Also Bangkok is the best transit point if you are travelling to Phuket from the Central and Northern part of the country, including popular Pattaya... read more...

How to get to Phuket from Pattaya

From Pattaya to Phuket to get in several ways. The most expensive and fastest is by plane, the most economical – the Shuttle or tour buses. Well, if you like to travel by train, you can get to Phuket from Pattaya and on this transport, but will have to make several changes, and part of the journey done on the bus. Whichever transportation you choose, you will almost certainly have to go via Bangkok... read more...

How to get to Phuket from Krabi

Phuket and Krabi are separated by only 170 miles, and travel between them by bus (minivan), boat and, theoretically, on the plane. Last option is in practice inconvenient and expensive, as the flights are operated only with a stopover in Bangkok. With a new bus station in Phuket to Krabi and back from 07:00 to 18:00 hourly van cost 140 baht. To purchase tickets in advance, there is no need, you can purchase them directly before sending.

Phuket international airport (Phuket International Airport) is located in the North of the Islands (see Phuket Airport on the map). From the island's capital, Phuket town, airport 32 km, and the same from the very popular Patong beach.

Phuket airport is the third international gateway in Thailand after Bangkok airport Suvarnabhumi and don Muang. Arrive here not only those who are going to rest on the very island of Phuket, but it is convenient to get to other resorts of the South of Thailand: Koh Samui, Phangan, Krabi , etc... read more... 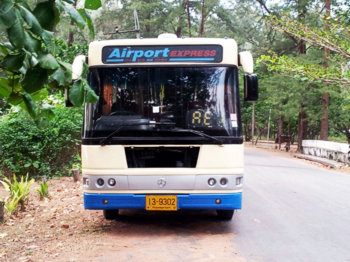 In 2014, Phuket launched a new convenient public transport – the airport Express. It can be much easier and more economical to get from Phuket airport to the most popular beach of the island – Patong. Arrives and departs in Phuket from the shopping center Jungceylon (see the map). In the future we plan to extend the route to Karon and Kata... read more

In April to Phuket from the West begin to blow the monsoons, forming permanent waves. High waves occurs in June-August. At this time swimming on some beaches is dangerous or impossible. Besides, constantly blowing wind and the waves beat and wash the dirt and debris, making the way of beaches is far from ideal "bounty".

Considering that most beaches in Phuket located on the West coast of the island, tourists who prefer a "lying-floating" beach holidays in the period from April to August, with the banks disappear and their place is taken by more active surfers. Only on some beaches during this period, you can safely wallow in the water, mostly beaches, hidden bays, especially the beach at Cape Panwa... read more...

The lookout in Phuket 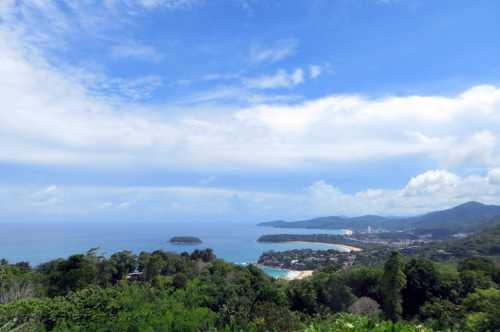 One of the most popular types of attractions in Phuket are the lookout. There are several of them, and they are all worthy of a visit, some more and some less. Usually visit them during trips around the island on rented vehicles, but the most popular ones are sometimes imported tourists during the sightseeing tours of the island. Here is a complete list and description of survey sites Phuket: read more...

On the island of Phuket in Thailand not a lot of beaches and tourist areas where the hotels are located on the first line of the sea, and the more you have your own beach and its territory. Most of the most popular and developed areas, such as Patong, Karon, etc., do not have the first line, and the hotels on them are separated from the beach by a road, sometimes very busy traffic, which is not very nice and comfortable.

So, here you have the beaches of Phuket hotels on the first line, as well as hotels with private beach: read more... 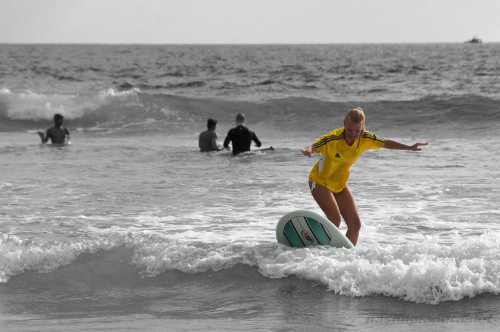 Phuket is one of the best places for surfing in Thailand. But few people know about it fully. Many will know about it only after you visit the island, and in low season. So, if you dream about surfing, the island of Phuket is a great.

The beaches in Phuket is very colorful and picturesque that allows here every year to attract many tourists. As for surfers, it is here it is best to learn this difficult sport, because on most beaches in Phuket are not too large. Their height barely reaches three feet, and the bottom is very safe for first downs. As for the weather, most of the time the wind is quiet and peaceful...read more...

All about surfing in Phuket

Phuket offers tourists a variety of water sports: diving, sport fishing, swimming, sailing, surfing. Such spectacular and beautiful sport of surfing, appeared here relatively recently. Thais is a very athletic people, and many of them, even the children are very familiar with the boards and are happy to teach foreigners for a price, of course.

Of course, there are much important places for surfing, such as Hawaii, California, Australia, Bali and Phuket you can catch a good wave. Generally, Phuket is considered the capital of Thai surfing. Unforgettable extreme and giant waves should not wait, their height can be from 1.5 to 3 m. with a length of 50-100 m, but in General, the conditions are very favourable compared to all other resorts of Thailand. Every year the beaches on the West coast of the island are becoming increasingly popular among surfers. Here for several years held the competition, there are schools, camps that teach beginners...read more...