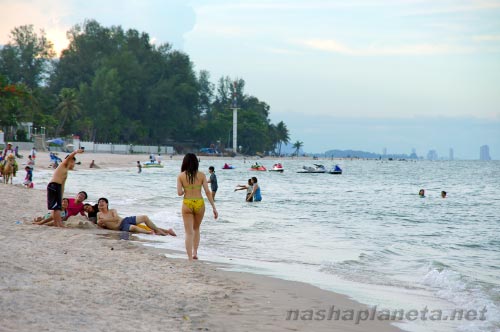 Beach of Cha am is a very "Thai"

Cha am (Cha-Am, cha-am) is a small town and a popular beach resort on the coast of the Gulf of Thailand 160 km South of Bangkok (Cha-am map Thailand). In many popular sources on the Internet, Cha-am is attributed to Hua hin as one of its areas, but in fact it is completely independent of the resort city 25 kilometers from Hua hin.

Cha am is very popular among Thais as the place to stay for the weekend, especially the residents of Bangkok. Foreign tourists here too, but they are much smaller than the other resorts of the coast of Thailand. The main advantage of Cha am is its cheapness and the large number of options of budget accommodation, so this is a great place for budget travelers than neighboring Hua hin. Moreover, the prices here are lower not only on hotels but also on other travel services, meals, Souvenirs. It is nice that the tourists pay for everything here as much as the locals, no extra charge.

Cha am less known and popular among mass tourists than neighboring Hua hin. He just lost in the shadow of the popularity of Hua hin, why many and is perceived as more quiet area or the suburbs. The situation here is much calmer, infrastructure and amount of entertainment less. And the size of cha-am in Hua hin fraction. At least rest here calm, no-nonsense, at the same time, all the rest is. 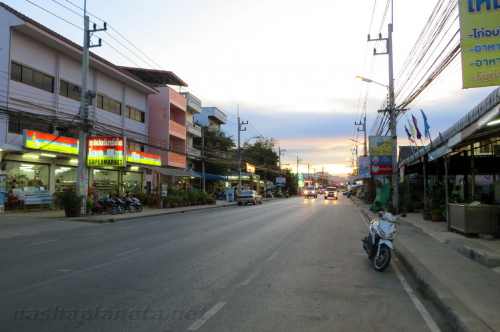 The main street of Cha am on weekdays is very lonely

Nightlife are almost there, except for a few bars, restaurants and cafes. Everything closes at midnight by local law, adopted in 2013. After the adoption of this law, a lot of bars and clubs just closed and the night life was even less. The bulk of evening entertainment here is centred on the streets of Soi Bus Stop (also known as the Entertainment Street) and on the main road Narathip Road. There are also several restaurants and bars right on the beach.

As for sights, in the tourist zone attractions are not. But there is a lot to see in the surrounding area, and you can successfully capture and interesting sights in the direction of Hua hin, and see the temple city of Phetchaburi. Overall, if you take a car, will be able to spend more than one day trips to interesting places in the area.

Shopping in Cha underdeveloped. No major shopping Mall here, just small shops with the basics and markets. Of course, the traditional tourist Souvenirs and items you buy here, but for anything less serious will have to go at least in Hua hin, and the best in Bangkok.

Weather in Cha am, tourist seasons

In Cha, you can relax all year round. But is the high season and low season.

The cool season (high season) is from November to February. This is the best time for vacation in Cha-am, Thailand. Rain at this time is almost there, the weather is moderately cool by local standards, i.e. not too hot.

The hot season (moderate season) lasts from March to may. At this time, too, you can relax and sunbathe in Cha, the only drawback of this period was at times unbearable heat.

The rainy season (low season) lasts from June to October. In the rainy season rainfall, but this, by and large, does not interfere with the rest, because the rains are short and the sky is almost always clear. The maximum rainfall is in October. Which is good, at this time, prices for tours and accommodation in hotels can be reduced.

Seasons in Cha-am by months:

Current weather in Cha-Am and forecast

How to get to Cha am

Cha Am is located on the coast of the Gulf of Thailand approximately 25 kilometres North of Hua hin approximately 200 km South of Bangkok. Get here, often on the bus or taxi. Although far is Hua hin airport, it takes a rare flight from hat Yai and Chiang Mai. Can be reached also by train.

Transportation to Cha Am

Public transport there is almost nothing there. The town is small and can be navigated on foot.

For trips to the sights you can use a taxi or rent a car. Renting a bike will cost 150 baht per day.

To drive a hire transport in Thailand is compulsory IDP. Is such a law, made in the form of booklets in several languages that are issued in addition to the regular national rights of the bodies of the traffic police. They act only when presented together with your national (domestic) rights, so don't forget to take with you on a trip. To get an IDP is not required to write any exams, you only need to pay a fee. Order them easiest website public services.of the Russian Federation, the value of discount will be 1120 rubles. You can contact the traffic police or the MFC personally, but then the IDP will cost 1600 rubles (price 2018). To pick up right after their manufacture in the traffic police or in the MFC.

The cost of renting a car in Thailand starts from 1000 baht when booking for a short period, and comes to 500 baht if booking for a long time. It is best to search and book a car rental through the Internet using the search form and compare prices from different distributors:

Hotels and beaches of Cha-am 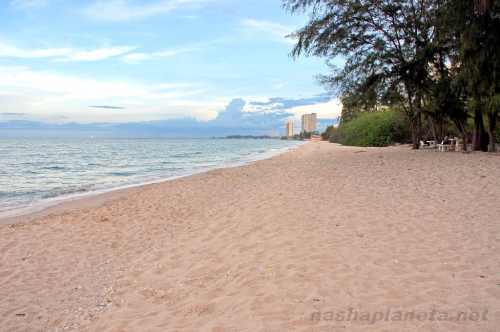 The deserted Northern beach of Cha-am

Cha-am is benefiting from the presence of a large number of budget hotels from Hua hin. Find a room for two with air conditioning from 400 baht. The largest concentration of inexpensive guesthouses in the center. Expensive hotels with their territory and the beach too, they are mostly located a few kilometers from the city center on the coast to the South and North from the city center.

As for the quality of the beaches, they are even cleaner and Malouda than in Hua hin, but not as wide and long. Large crowds of tourists come here only on weekends or on major holidays, and most of them Thais.

The most crowded and developed beach in the Central part (the center is the street Narathip Alley). There are sun beds, water sports, and food. What is bad, in the center right along the coast, there is a busy road, as in Pattaya. If you want to find a quieter place, then move away from the center, better to the North, beyond the pier.

Find and book accommodation in Cha-Am can on these sites or via the search form. All sites have Russian interface and Russian-speaking customer support, numerous real guests reviews. And in Agoda and Booking are bonus system: 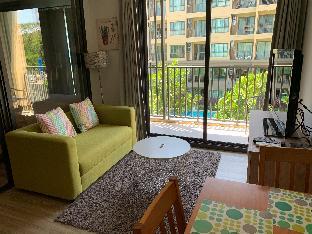 Rating from travelers 9.8 out of 10, greatPrice for rooms: from 3662₽Check price 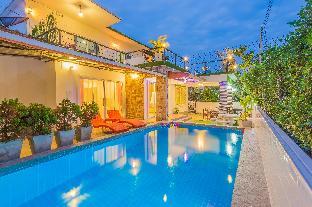 Rating from travelers 9.7 out of 10, greatPrice for rooms: from 16351₽Check price 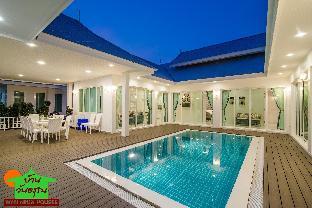 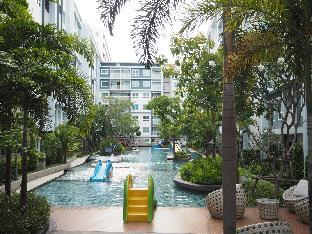 The hotel The Trust Huahin Condo 2 bedrooms by Chatuporn

Assessment of tourists 9.6 out of 10, greatPrice for rooms: from 7134₽Check price 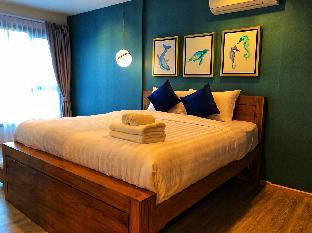 of tourists Rating 9.6 out of 10, greatPrice for rooms: from 4735₽Check price 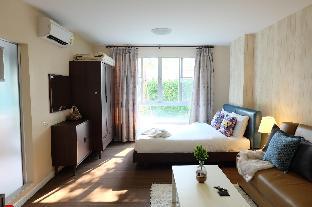 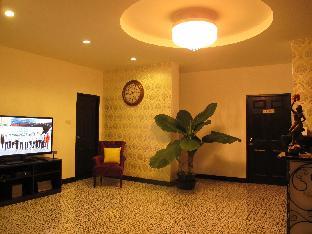 tourists Rating 9.5 out of 10, greatPrice for rooms: from 1768₽Check price 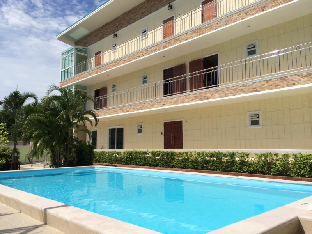 travelers Rating 9.4 out of 10, greatPrice for rooms: from 3851₽Check price 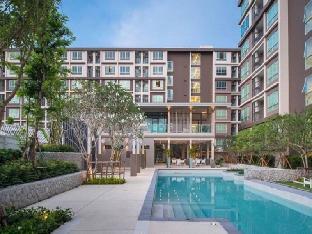 tourists Rating 9.4 out of 10, greatPrice for rooms: from 2210₽Check price 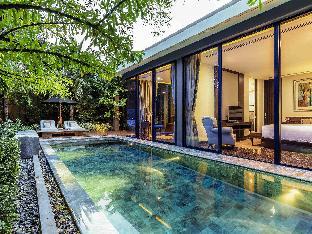 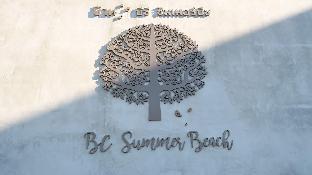 tourists Rating 9.4 out of 10, greatPrice for rooms: from 2904₽Check price

Evaluation of tourists 9.3 out of 10, greatPrice for rooms: from 8018₽Check price