WE IN SOCIAL NETWORKS

This page is automatically created by the automated computer text translator, and originally written in Russian (Переведено сервисом «Яндекс.Переводчик»). The original version of this page in Russian is located here. We are apologize for any possible inaccurate and incorrect translation of certain phrases and expressions below.
TICKETS: THE MOST POPULAR DESTINATIONS
✈ Bangkok ⇄ 23 788₽✈ Phuket ⇄ 27 864₽✈ Krabi ⇄ 32 502₽✈ Mai ⇄ from 33 139₽✈ Spending ⇄ 37 048₽✈ Surat Thani ⇄ 37 343₽

The city's name is correctly pronounced with the accent on the letter "I", i.e. Ayuthaya. To pronounce the two letters "T" or a single, large does not matter, you will understand in any case.

Ayutthaya is one of the most important attractions of Thailand. If you fail to visit it while travelling through the country, for the sake of Ayutthaya should be back in Thailand again. In 1991, the city was included in the world heritage list of UNESCO. Many travelers compare the Ayutthaya temples of Angkor on the architecture and historical significance, although the scale and age of the ruins here, of course, not as impressive as in Cambodia.

The Ayutthaya is not popular among tourists as a resort, and often visited, as a separate attraction – the ancient capital of Thailand. Although opportunities for a tourist stay in the city for several days there, and to see all the ruins of the ancient city for a short trip will fail, not a lot of tourists stay in Ayutthaya. For sightseeing it is better to allocate two or even three full days. There is a large number of hotels of different categories and prices, sightseeing and museums, cafes and restaurants. In General, the tourist infrastructure of the city allows you to spend a few days immersed in the sights, although a large variety of it (infrastructure) is no different. If you can't turn a few days for exploring Ayutthaya in your travel itinerary, have a look here if only for a day alone (transport easily allows you to do it from Bangkok and almost easy from Pattaya) or as part of group tours. 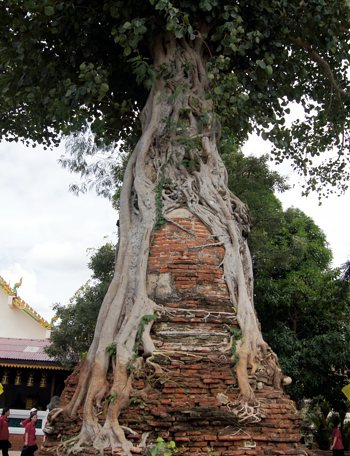 Entertainment in the city other than the ruins and temples, almost none. Restaurants and bars here can be counted on one hand, large shopping malls either. A beach holiday in the city either because the city is located a hundred kilometers from the coast. Nevertheless, the city is interesting for its originality and atmosphere. It differs from all other popular tourist cities of Thailand. The city lives and develops his life, regardless of tourists, the heat at the same time taking any guests. The stranger feel uncomfortable and you won't be here. This is the peculiarity of this city.

Roads in the city are very wide, and in General the layout of the city, with the exception of the "new town", very spacious. Most of the time of day at all you might think that you are in the city and in the village. In the evening, except for a hike to the night market or in one of the few cafes, nothing to do. With the coming of darkness, after 19 hours, the local population on the streets is rapidly disappearing, and 21 o'clock on the streets for almost no one. The only busy place is the night market where you can dine in the eatery together with the local population. Day should definitely make time to visit the main market, Chao Phrom Market. It focuses mainly on local and Souvenirs for the tourists there are hard to find, but you can buy very cheap clothes and very cheap and delicious to eat.

Unfortunately, in such a relaxing atmosphere Polugaevsky tourists easy to lose vigilance, and that happens often. So here happen to steal things from tourists while walking. Motorcyclists can snatch valuables from the hands, rip the bag, or steal a backpack from the basket of a rental bike. In this regard everywhere in the city you can find signs warning for tourists. Don't neglect elementary safety measures, and all will be fine.

A bit of history

The city of Ayutthaya was founded around 1350 by the Prince as the new capital of the Kingdom of Siam, instead of the old capital of Sukhothai (Sukhothai), and remained so until 1767. During this period, thanks to the wise rule of the monarchy, Siam became the most powerful and wealthy state in Asia, and the capital - one of the richest and largest city in the world. In 1700-ies the population of Ayutthaya was more than 1 million inhabitants. The city has built 400 churches, 3 Palace, and it was all surrounded by 12 kilometers of the wall. The cause of the fall of the city, as the capital, in 1767, was the arrival of the Burmese, which almost destroyed the city to the ground, leaving only ruins. Siamese army in the violent battles still drove the Burmese out of the city, but the city's restoration as the capital, was not subject.

A large part of Ayutthaya, located within the island formed by three rivers: Chao Praya (Chao Phraya), PA Sak (Pa Sak) and lop Buri (Lopburi). The size of the island of 2.5 to 4.5 kilometers. Also the island is crossed by canals with a total length of 50 kilometers. The entire island perimeter surrounds the ring road U Thong Rd.

The city is divided into two districts: new town and old town.

In a new city in the North-Eastern part of the island is a large part of the tourism infrastructure, including all the hotels of Ayutthaya. New city on the map.

In the old town, occupying the North-Western part of Ayutthaya, is a large part of attractions – the ruins of the ancient city. The old town on the map.

In Ayutthaya there is a sufficient number of hotels and guesthouses. Mainly accommodation are presented with cheap guesthouses and some mid-level hotels. Particularly luxurious hotels are virtually none.

If you are not planning to book a hotel in Ayutthaya in advance and look for cheap housing on the site, you can go directly to the area of Soi 2 between Naresuan Road and Pamaphrao Road, opposite Chao Phrom Market (district of cheap hotels on the map).

Find and book accommodation in Ayutthaya can through the following sites or search form. Russian interface and Russian-speaking customer support is present: 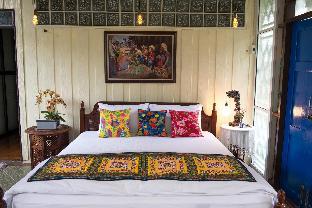 Assessment of tourists 9.6 out of 10, greatPrice for rooms: from 4013₽Check price 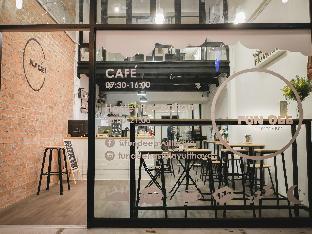 tourists Rating 9.3 out of 10, greatPrice for rooms: from 461₽Check price

tourists Rating 9.2 out of 10, greatPrice for rooms: from 395₽Check price 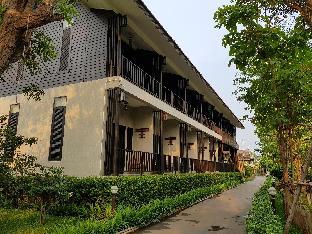 tourists Rating 9.2 out of 10, greatPrice for rooms: from 4671₽Check price 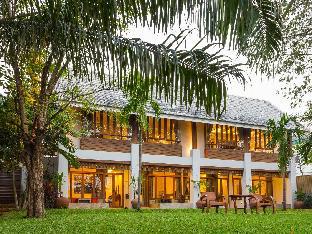 Rating from tourists 9.1 out of 10, greatPrice for rooms: from 4013₽Check price 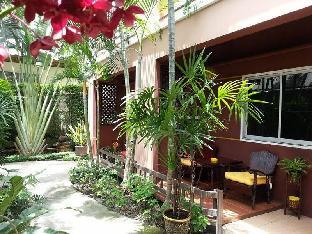 tourists Rating 9.1 out of 10, greatPrice for rooms: from 1974₽Check price 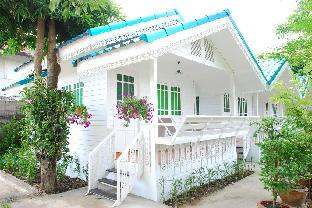 tourists Rating 9.1 out of 10, greatPrice for rooms: from 2829₽Check price 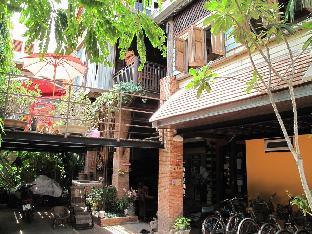 tourists Rating 9.0 out of 10, greatPrice for rooms: from 1645₽Check price 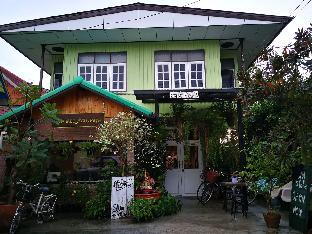 tourists Rating 9.0 out of 10, greatPrice for rooms: from 592₽Check price 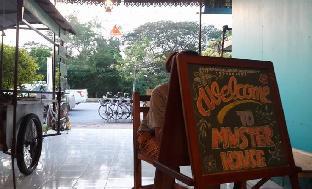 the tourists Rating 9.0 out of 10, greatPrice for rooms: from 1118₽Check price 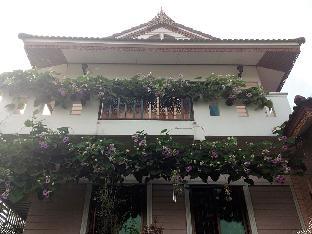 Assessment of tourists 8.9 out of 10, greatPrice for rooms: from 2039₽Check price 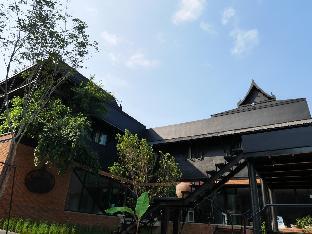 Rating from tourists 8.9 out of 10, greatPrice for rooms: from 2566₽Check price

How to get to Ayutthaya?

As we mentioned, it is possible to go to Ayuttaya together with a group tour. Group day trip from Bangkok costs about 800 baht (the currency of Thailand, the exchange rate), from Pattaya 2,000 baht. The tour guides purchased from Russian companies, with Russian-speaking guide costs around 500-1000 baht more expensive. Tour is the easiest way to explore the city for inexperienced travelers or if you have limited time. You can buy tours in travel agencies or guides in the Lodge.

The most convenient starting points to discover are Bangkok and Pattaya because of their geographic proximity to Ayutthaya, but in the other tourist areas of Thailand you can find similar trips.

If you want to visit Ayutthaya by yourself, you can do by train, bus, car or boat.

You can visit Ayutthaya for one day might prove self-guided tour from Bangkok: you can come into the city by train in the early morning; rent a motorbike or Bicycle right next to the railway station and to explore the city; in the evening return by train to Bangkok. All for the route here is at its best.

Transport. How to travel around the city?

Card. In the hotels of Ayutthaya are hard to find colorful free map of the city, as is usually the case in the popular resorts. In the best case in Ayutthaya you can get a photocopy or printout of the card in black and white of poor quality. Therefore it is better to take care of this issue in advance and make a card yourself, even at home. Some good options of cards we see the Map of Ayutthaya.

Night markets. Night markets in Ayutthaya are very interesting place, especially when you consider that night in Ayutthaya almost nothing to do. But night markets are not always located in the same place. Find out at the hotel reception where the nearest local market.

Bicycle rental. Hotels rent out bicycles is mostly in a terrible state. Find Bicycle rental in the best condition and can be cheaper after a short walk through the streets of the New city.

Ayutthaya will disappear. Scientists for several decades (some sources call 30 years) all the monuments of Ayutthaya will completely disappear under water due to climate change. So hurry, if you want to catch her to ancient sites.

The schedule of buses to Ayutthaya

Hello! Yes no problem you can get from the world Cup directly. I don't know about buses, but the train from Chiang Mai to Bangkok make a stop at the railway station, Ayutthaya. ...
Re: Ayutthaya, General questionspolypol May 21, 2013
1.Is there in Ayutthaya Luggage storage?
2. read about the evening boat to Bangoka how much she idiet and what's the schedule? ...
Re: Ayutthaya, General questionsadmin May 21, 2013

1. If you are on the railway station in Ayutthaya, there it is. The entrance is from the platform, the door signed by the sign "cloak room". But if you rent a bike or motorcycle, you can leave the Luggage at the tenants, of course, not only valuable things. How much exactly, I don't know, but I know that is not expensive. Just in case, at all railway stations in Thailand there are lockers.
2. Don't know about such a boat, perhaps there as a tourist, but I have not seen, though always carefully examine all the schedules and possible transportation (to and from Ayutthaya is the last time in November 2012) so I would in your place not too counted on it. ...
Re: Ayutthaya, General questions 5 November, 2013
Tell me how from Autti you can reach Kanchaburi yourself ? I can't find information . Thanks in advance. ...
To reply or discuss the topic on the forum
Rate the article: (3 votes, rating: 4.7 of 5)
Left to write of characters: 50
POPULAR TICKETS
Bangkokfrom 23 788₽Phuketfrom 27 864₽Samuifrom 40 178₽Chiangmaifrom 33 139₽Chiang Raifrom 37 448₽Krabifrom 32 502₽Surat Thanifrom 37 343₽Spendingfrom 37 048₽Hanoifrom 28 071₽Saigonfrom 27 912₽Nha Trangfrom 25 927₽K. Lumpurfrom 31 459₽Langkawifrom 37 805₽Singaporefrom 33 455₽Balifrom 33 538₽Goafrom 33 444₽Colombofrom 26 556₽Top 100 tickets out of your airport here
⌃
✖Календарь недорогих авиабилетов