The town of Pinnawala and the Pinnawela elephant orphanage 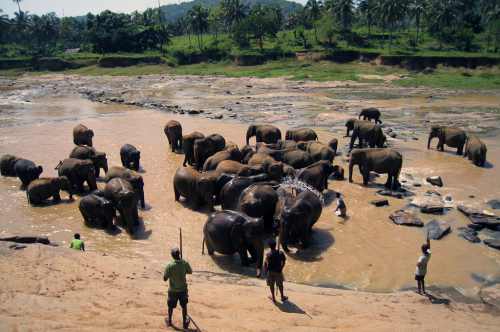 Pinnawala (Pinnawela) – a small town in Central Sri Lanka and known throughout the country and far beyond the eponymous elephant nursery. The town itself is completely unremarkable and visited by tourists for the visit to the nursery.

The Pinnawela elephant Orphanage was established in 1975 in order to care for the elephants, which were found in the jungle without their mothers. But over time, he added, and the victims of the long civil war which ended only a few years ago. Here got adult elephants maimed by mine explosions and elephants that lost their mothers because of the war. There are elephants affected by poachers, and born in the nursery elephants. In General, with the support of the poachers and the civil war, this nursery became the largest population in the world, where elephants are held in captivity. Today it contains more than 80 elephants.

The nursery is often visited by tourists and is one of the famous attractions of the country. Despite the fact that he is far away from the main tourist areas, tourists are always abound. Here you can see how take care of the elephants and even to participate in this process. But the most interesting is the feeding of elephants and bathing, of which the Rangers did almost show. Tourists very touched by how the elephants are fed with milk from bottles, and even willing to pay extra money to be able to feed them. After feeding the whole herd of elephants being driven from the nursery right through the city streets to the river for bathing, which is also very interesting. An action happens twice a day:

Usually a visit takes no more than 2 hours, and it is better to catch it is to feeding and bathing, because the rest are not very interesting.

To ride elephants and bathe them tourists are not. But, of course, next to the nursery has several small private elephant farm, where he proposed to feed and to buy the elephants, and in addition also to ride through the jungle. Such farms are few, and they contain only a few elephants. If you want to get necessarily into a real nursery without riding on elephants, is to be vigilant, as local tuk-tuks and the drivers often try to get tourists on a private farm where they receive Commission.

How to visit the nursery

You can see only swimming free. To do this, just need to settle in one of the hotels with views of the sea, or to pretend to be their guest, and then you can watch the show right from the restaurant or from the balcony. The Manager of one of these hotels in exchange for something that you sit in the restaurant and order, plays along and confirms that you have it live.

It often happens that the kennel together with visit the Botanical garden Peradeniya. Both attractions can be visited in one day.

If you want to visit them with one of the beach resorts of Sri Lanka in one day, you will have to use a private guide with a taxi, hire a transport or tour. If you are willing to visit this place independently on public transport, it is possible to spend the night in Kandy, Kurunegala, Matale, town of Koggala (not to be confused with the town of Koggala on the coast) and in Pinnawala.

The best option for independent visit – to stay at a hotel in Pinnawala, because in this case, you will be able to see the morning feeding and bathing, which begins at 9 am. There are a few cheap hotels, and at least three of them are directly on the river with views of the sea. The bathing places are marked on our map Pinnawala.

Find and book accommodation in Pinnawala can on these sites or via the search form. All sites have Russian interface and Russian-speaking customer support, numerous real guests reviews. And in Agoda and Booking are bonus system: 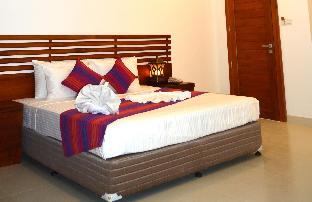 Rating from travelers 9.5 out of 10, greatPrice for rooms: from 1027₽Check price 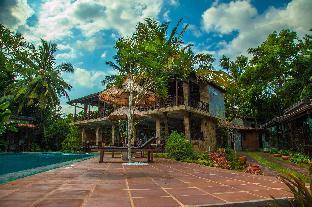 tourists Rating 9.1 out of 10, greatPrice for rooms: from 5648₽Check price 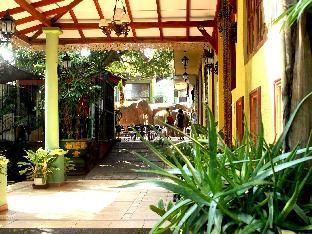 tourists Rating 8.0 out of 10, greatPrice for rooms: from 642₽Check price 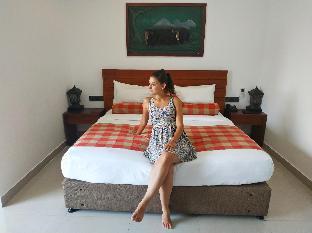 the tourists Rating 7.9 out of 10, very goodroom Price from 2118₽Check price 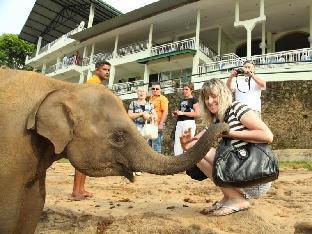 Assessment of tourists 7.8 out of 10, very goodroom Price from 2118₽Check price 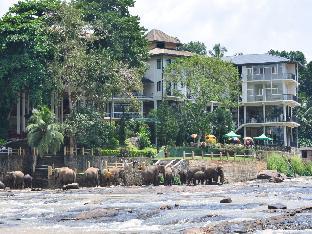 the tourists Rating 7.3 out of 10, very goodroom Price from 1733₽Check price

How to get to Pinnawala

Pinnawala is located in Central Sri Lanka, 70 kilometers from Colombo. Even on a rented vehicle or a taxi ride here from Colombo will take 2 hours, and with other seaside resorts even more. It is possible to get on local public transport for mere pennies:

And yet, if you are going to go to the elephant orphanage, and not on Safari don't let you fool cunning tuks. They often bring tourists to small private farm, not a kennel.