Of interest in the area of Negombo (Sri Lanka), what to see

This page is automatically created by the automated computer text translator, and originally written in Russian (Переведено сервисом «Яндекс.Переводчик»). The original version of this page in Russian is located here. We are apologize for any possible inaccurate and incorrect translation of certain phrases and expressions below.
POPULAR TICKETS
✈ GMT-Colombo ⇄ 30 723₽✈ SPb-Colombo ⇄ 37 170₽✈ Kazan-Colombo ⇄ from 44 381₽✈ Samara-Colombo ⇄ 45 005₽✈ EKB-Colombo ⇄ from 46 697₽✈ NSB Colombo ⇄ from 53 177₽

In addition to attractions in the heart of Negombo, while relaxing at the resort, tourists have the opportunity to visit other places around Sri Lanka on their own or with a guided tour for a few days, which can be bought at travel agencies on the street. But there are several attractions near Negombothat can be visited in a short day trip. You can reach them yourself, hiring a tuk-tuk, a taxi or buy a tour.

Laguna is located in the South-West of Negombo and is associated with the Indian ocean by a narrow Strait. This small reservoir with an area of about 35 sq. m. will add diversity to stay in Negombo, and can be pretty interesting, if you take a tour and swim on it. Traveling through the Lagoon to see the mangroves and, if lucky, a large number of different waterfowl. Also you can go fishing. Along the Lagoon is very modest and poor local residents, the main source of income is fishing and agriculture. 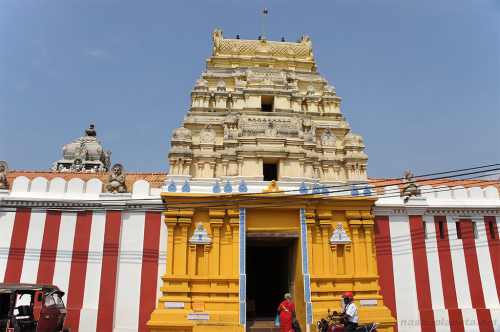 The temple is located in a small village near Chilaw in the North from Negombo. It is dedicated to Lord Shiva and is considered one of the oldest temples in Sri Lanka, although originally founded in the year 1000 of the temple, nothing was to be preserved. Largely due to the Portuguese who destroyed it twice (in 1578 and 1600), and the stubbornness of the locals who restored it again and again, today it looks impressive. Is a complex of several temples, including the main Shrine to Shiva (center), in the South-East and South-West – Shrine to Ganesha, in the North-East corner is a Buddhist Shrine for Ayyanayake. According to some, part of the walls of the main altar to Shiva dated back to the late XVI - early XVII centuries look Very impressive bas-reliefs of Hindu deities along the outer wall of the chariot for religious ceremonies and festivals. In the Eastern part of the entrance grows a Bodhi tree, and behind him the sacred pond. Overall, a worthwhile place.

Read more about Temple of Munneswaram and photos...

🚶 How to get: on the crossroad from in Chilaw Wariyapola Rd. 2.5 km to the East (the temple on the interactive map of Negombo). 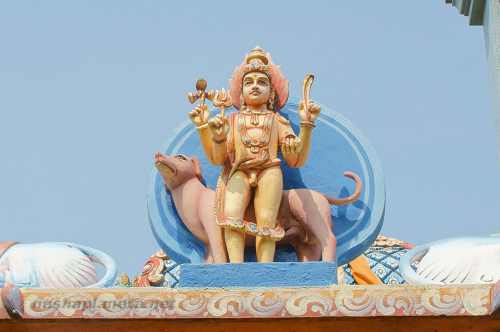 This temple is 100 metres to the North of the main Temple Munneswaram is part of it. It is dedicated to goddess Kali, and is popular not only among Hindus, but also Buddhists, and even Catholics. Apparently not very neat and tidy, but interesting in its own way. Prior to 2011, the Church held the rituals of animal sacrifice that is part of the ritual worship of goddess Kali. Animals were killed in large numbers, and outraged some animal advocates. After their repeated appeals to the local authorities about the termination of such rituals, they were banned.

Read more about Temple of Munneswaram Kali and photos...

🚶 How to get: on the crossroad from in Chilaw Wariyapola Rd. 2.5 km to the East (the temple on the interactive map of Negombo). From the Munneswaram temple is located just up the road, you need to drive or walk 100 meters far from the road (left). 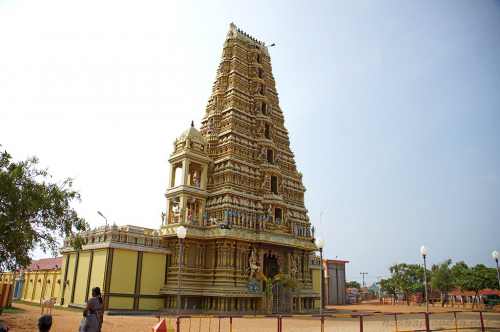 The main temple in Udappu

Udappu (Udappuwa) is a small fishing village on the coast 65 km North of Negombo. It is sometimes visited by the rare tourists passing during the trip and Negombo to the North, including in Anuradhapura or Trincomalee. So be prepared for the fact that in the village you will find yourself in the limelight. But, surprisingly, this attention is limited to only smiles of the local people or annoying kids. No one would be Intrusive to suggest you to buy something or ask for money.

In the centre of the village is the main temple of Sri Partha Sarathi Temple dedicated to the goddess Draupadi. Due to this temple the village and earned the attention of the curious traveller. In front of it a large area where there are lots of events of local importance. At the end of July - beginning of August, the temple becomes the center of the annual festival in honor of the goddess Draupadi, the final part which is the traditional men walking on hot coals.

Read more about the Village Udappu and photos...

🚶 How to get there: the village is located 65 kilometers from Negombo to the North (the village on the interactive map of Negombo). With the main road A3 will need to turn to the side road Udappuwa rd. and drive another 5 kilometers. The road will lead you directly to the centre of the village, where the main temple is located.

Comments / recent posts on the topic on the forum
Forum on Negomboadmin January 26, 2014
Before asking questions, read the collected information about Negombo on the website:
General tourist information about Negombo, weather and seasons, helpful information
Hotels Negombo
How to get to Negombo
Negombo attractions, what to see and do
Attractions near Negombo
Photo Of Negombo
Map Of Negombo
Perhaps the answer to your question is already there. If not, ask here any questions on Negombo ...
Re: Forum about NegomboAnatoly Sholokhov 31 January, 2014
Loved the journey, it was just incredible emotions. So many exotics in one place, I think something to go with the kids there. ...
Re: Forum about NegomboAntonina 31 January, 2014
Left in awe of the journey, so many exotics in one place, emotions just going wild,hoping that something happen to get to this wonderful Paradise. ...
Re: Forum about Negomboadmin February 1, 2014

You subject is not confused by chance? This is the theme of Negombo. Where you there is a Paradise and the exotic found? I'm not kidding, just wondering. ...
To reply or discuss the topic on the forum
CONNECT
⌃
✖Календарь недорогих авиабилетов