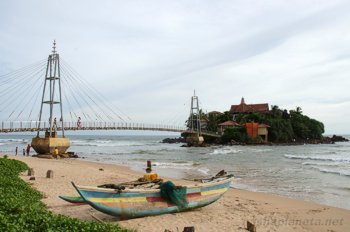 The temple on the island in Matara

Matara (Matara) – the largest city in the South of Sri Lanka, the capital of the eponymous district (Matara on the map of Sri Lanka). The city is a popular tourist destination, and there are no beaches, however it is important for tourists and travelers, because there are several popular beaches and resort areas (Mirissa, Weligama, Tangalle, dikwella South), as well as Matara is the base city with a developed infrastructure, shops (including alcohol stalls), banks, hospitals and authorities. Another important Matara is a major transport center through which tourists often have to travel to southern resorts. Oh and here are a few interesting sights. Rarely any tourists stay in Matara for a long time, but the possibilities are there: several hotels scattered around the city, there are shops and markets, cafes and restaurants abound.

Find and book accommodation in Matara can on these sites or via the search form. All sites have Russian interface and Russian-speaking customer support, numerous real guests reviews. And in Agoda and Booking are bonus system:

Rating from travelers 9.7 out of 10, greatPrice for rooms: from 642₽Check price 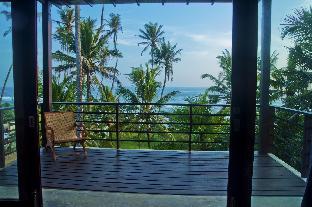 Rating from travelers 8.7 out of 10, greatPrice for rooms: from 3530₽Check price 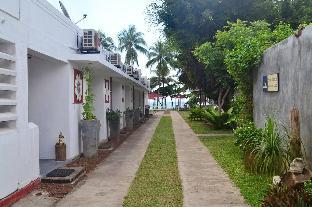 The hotel at this mirissa Hotel

Rating from travelers 7.7 out of 10, very goodroom Price from 1412₽Check price 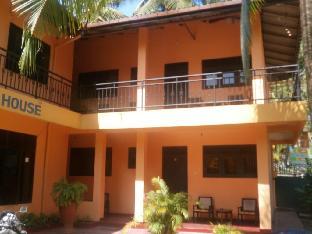 tourists Rating 7.3 out of 10, very goodroom Price from 899₽Check price

Beaches in Matara read and what not. City beach Beach Matara (Mathara also Beach), located in the heart of the city, relatively kupelny, but tourists in the water will not see here. Even the local swimming here is very rare. In the West of the city is Polhena beach (Polhena Beach), which, though quite beautiful, for European tourists is not suitable. On Polhena a lot of locals, especially on weekends; the beach is not very clean; many molested, for which the appearance on the beach, European women in the open swimsuit is a Grand event with all the ensuing consequences. Infrastructure there is no, so boring stay within the walls of the hotel is provided. In the East of the city is another beach – Medavita (Meddawata), suitable for surfing.

Attractions in the city of Matara is not a lot, but if you will relax on one of the southern beaches of Sri Lanka, then rolled up in a tuk-tuk or bus to Matara to see here several interesting places, definitely worth it. Which is good, sights are next to each other in the center, and around them on foot, arriving in the city to the bus station or railway station. 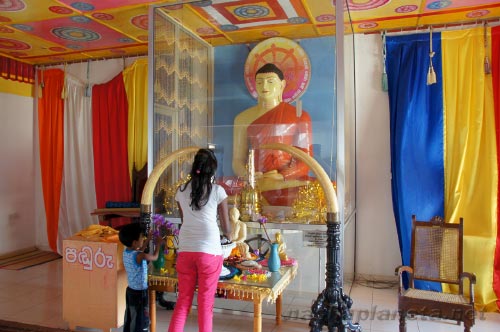 The most famous attraction in Matara is a Church on the island, Parey Dewa. The island is located in the heart of the city, opposite the bus station, about 100 metres from the shore. You can get on it on the bridge. The island is interesting Buddhist complex. Entrance is free, but must be removed at the entrance to the island of footwear for which storage you will require donations at the exit.

Here, in the center, on the beach, is the old Dutch fortress. It's almost the whole area of the city surrounded by fortified walls, built in the 18th century. The entrance to the fortress is free.

Another nearby Dutch Fort is a Star Fort. It really is made in the form of a star if viewed from above. He is very tiny, and was intended to protect the elite. Built in 1765. The Fort is considered to be the archaeological Museum, and is open from 8:00 to 16:30, closed on Thursdays.

Another attraction, which is traditionally referred to Matara, in fact it is a separate town – Dondra. The Cape and the lighthouse, the southernmost point of the island. Read more about Dondra here.

How to get to Matara

Matara is located approximately 160 kilometres from Colombo, and 190 kilometers from the international airport, Colombo Bandaranaike.

Upon arrival at Colombo airport here it is easiest to reach by taxi, cost about 120 dollars, in the way a little more than 3 hours. But most tourists get here by public transport, since Matar is a major transportation center in the South, and through it access to other southern resorts with change.

In Matara is the Terminus of the southern railway line from Colombo (railway station Matara on the map). No far from it there is a big bus station (bus station Matara on the map). Between the two stations can be navigated on foot (20 minutes), and that's why the station is often used to change from train to bus to get through the Matara train in Mirissa, Tangalle or dikwella South. The tuk-tuk between stations will cost 100-200 rupees.

By the way, here there is the traditional divorce tuk-tuks. They arrived to catch the train tourists and advise not to go to the bus station, because it is very far away, and to stop the Express. And while the hapless tourists to stop expecting non-existent non-existent bus, tuk-tuks bred them on a expensive trip by tuk-tuk and recommend hotels "brother".

So, to reach Matara from Colombo airport by bus, first have to get to the bus station in Colombo by bus No. 187 (as, like here), and then transfer to a direct bus # 2 to Matara. To go in the amount of almost eight hours, but at the cost of the trip will cost a little more than 400 rupees (refer to the currency of Sri Lanka, the exchange rate).

Also in Matara can be reached by bus from Galle, Hikkaduwa, Unawatuna, Mirissa and so on on the same bus No. 2 or other associated routes. Frequent bus routes also connect with Donjoy Matara, Dikwella, Tangalle. There are flights from Nuwara Eliya, Ratnapura, Badulla, and even from Anuradhapura and Trincomalee.

By rail to Matara can be reached from Colombo. The train route goes through all the main resorts of the South and southwest. There is also a once daily direct train from Kandy. The schedule is available here https://www.eservices.railway.gov.lk.

To health ;) . Soon about Tangalle and Kogalla still be added. ...
Re: Matara, Mirissa, Weligama, Tangalle etc.rose 3 Dec, 2014
How to get to cinnamon plantations in Koggala?
And about the spice gardens tell, please, - except in Matale, because they are still in there somewhere? Maybe there's a smaller garden, not as expensive, but with all the same trees? ...
Re: Matara, Mirissa, Weligama, Tangalle etc.admin 3rd Dec, 2014

You, apparently, about cinnamon island? If so, there carry on a boat during a Safari on the lake. But not encouraging on this score. Though I did not swim myself but had read enough reviews what is Scam and what sort of high prices. Not worth to buy anything there, as in the garden of spices there. All write that the prices are very high, and the same can be bought on markets or in supermarkets much cheaper. I personally was convinced when I visited the spice garden somewhere in the vicinity of Kandy.
By the way, not only in the gardens trying to breed our brother. Once on the market in Galle some"random good passer" was trying to lure to the trays with a frantic prices on spices. All very nicely laid out there, spices extols and 100 meters in the same market it is sold almost half. So that stands out, especially when you want to apply "well-wishers". ...
Re: Matara, Mirissa, Weligama, Tangalle etc.Dimitry Lymar 7 September, 2015
I fly to Sri Lanka for the first time in mid-September.Now how can we reach Tangalle to Nuwara Ella, want to climb Adams Peak. ...
Re: Matara, Mirissa, Weligama, Tangalle etc.admin September 7, 2015

If you're talking about the buses, as far as I know, directly any way. You either need to go via Matara or Colombo. I would go through Colombo, as I am sure that there are buses run more frequently than in Matara, but can themselves be checked. Ie, take the bus from Tangalle to Matara, there at the bus station and go looking for the bus to Nuwara Eliya, if such in the near future, take the bus on to Colombo, where she will quickly switch to N. Uh. At the time it will take half a day. ...
Re: Matara, Mirissa, Weligama, Tangalle etc.Sergey.Givaykin 8 September, 2015

It is not clear where you plan to get to the Peak of Adam, or To Nuwara Eliya. From Ovary the Peak is also need to go and go
If you want to climb Adam's Peak, then you need to go to Nuwara Eliya and Hatton and from there again or bus or tuk-tuk. And the bus to Hatton is from Colombo, are often. On the way from Tangalle is guaranteed to spend the whole day.
Via Matara to-Peak common way longer, and well, considering the road... But if you still need to get to Novara, then in Matara, there will be, at best, towards evening. ...
Re: Matara, Mirissa, Weligama, Tangalle etc.admin 9 September, 2015

You're right, Adam's Peak the best of Hatton, just there doing nothing at all because, in principle, N.Uh. a good place to crash to just walk around there a day and then to the peak. But it is the author of the question to solve, of course.
About to reach in half a day I really got excited. So if you estimate one hour to go to Matara, then 5 hours to Colombo, and plenty to N.Uh. If early Wake up (5 hours), we can before dark and drive. Still advise to go to Colombo on a small private buses-Express (such seats 20) but not in the usual large. They go nonstop and very quickly all places sedentary. Not sure there are such from Matara, Galle but on this 3 hours before Colombo was reached. If anything, from Tangalle to Galle there are direct buses (as well as to Colombo), but as I recall is slow. ...
To reply or discuss the topic on the forum
CONNECT
⌃
✖Календарь недорогих авиабилетов