How to get to Bentota

Bentota, Aluthgama, Beruwela and Induruwa beach are close by, so the ways to reach them, and prices are about the same. They are all located along the main road to Galle Road (A2), which goes from Colombo to the South in Galle. Through the city passes a branch of the southern railway from Colombo.

Directly in the centre of Bentota there is the bus station. The bus just pass through town on main street, Galle Road, things stop at bus stops marked with signs. Aluthgama in the suburbs beyond the bridge a bus station where a route or finishing moves.

In Bentota from Colombo and the airport

The closest to Bentota international airport Colombo, Bandaranaike is located 70 kilometers to the North. This is the main gate to the country, so almost certainly you will arrive into it.

Find and book tickets to the main Colombo airport in Sri Lanka, you can through the search form. Search is very flexible, and allows you to search for flights on different dates, with or without transfers, in both directions or one, etc.:

The price of flights from Moscow to Colombo:

Minimum prices on flights from Russia to Colombo:

As for ways to get out of the city of Colombo, all of them similar to that already written, except that it is not necessary to get from the airport to the train/railway station or bus station. If you want to ride the bus, you can take it in Colombo right on Galle road, do not have to go to the bus station. Galle road in Colombo starts from the center (district Colmbo Fort) and goes through the city along the coast, including a beach area of mount Lavinia (see the areas and hotels in Colombo).

If you want to take the train or drive to the bus station to take the seats, you can easily reach any district of Colombo to the local bus for pennies. You need to find the bus to Pettah district, because in it are railway station Colombo Fort (that's right, the railway station is not the same area) and the bus station. These buses can be found almost everywhere, because it is the main end almost all urban transport in Colombo.

From other cities of Sri Lanka

To get to Bentota from anywhere in the country by bus or train within one light day, but the night did not find you, better go early in the morning.

Directly on the train or bus to Bentota can only be reached from Colombo, Galle, Matara, Hikkaduwa, Unawatuna, and other cities in the South-West coast. And bus and trains on these routes run very frequently, so no need to learn the schedule, and you can just come to the bus station or train station and wait for the next shipment.

From other parts of the country will have to go with a stopover in Colombo. Here is a brief about the routes to reach Bentota from major cities:

Transport Bentota, than to move on 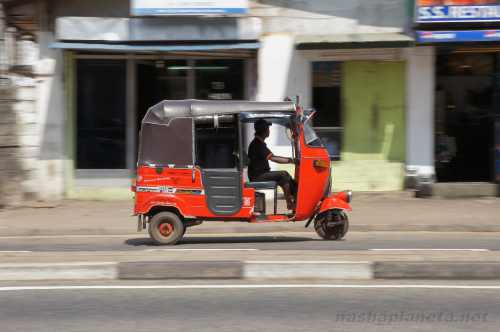 The centre of Bentota is quite compact and you can move on foot. To move between beaches or other beaches nearby it is better to use transport.

The most convenient way to travel is to rent a motorbike (motorcycle, scooter). The big problem to hire a bike, in Bentota or on adjacent beaches will not occur, however, look for still have. The rental office here is not as common as, for example, in Hikkaduwa, but motorbike offered by the locals. But it would be difficult to find on nearby quiet beaches of Induruwa or Kosgoda. It's highly likely that you will not be able to find a motorbike to rent for a reasonable price. But you can always drive to the centre of Bentota and search there. Reasonable price starts from 1200 rupees (from 464.32 RUB, refer to the currency of Sri Lanka and the exchange rate) for a simple old bike, but you need to bargain to that price. In hotels, the price can be called up at times.

To control the MOTOBIKE theoretically need a license category "A" issued in Colombo, but in practice it is possible to do and our international rights at your own risk. When renting ask the right rarely, they can be required only when meeting on the road with the police. Read more about rent motorbikes in Sri Lanka here.

Another common move is the tuk-tuk. Tuk-tuks are everywhere, they are even on duty on remote beaches at the hotels, and everywhere else. Of course, the tuk drivers constantly trying to rip tourists off, so you should always haggle. The normal price is 100 rupees on a trip to the beach, 300 rupees – a trip from one beach to another. But to bring down the price is not always possible. Surprisingly, it is especially difficult to bring down when the tuk tuks a lot. They are usually in cahoots and refuse to reduce zenana the eyes of other drivers. But if the tuk tuk driver is one, he is much more willing to give in on a reasonable bargain.

For experienced hikers a good option for travel from beach to beach or even in a neighboring town are the buses. All routes go along the coast on the main road Gale road-A2 without turning anywhere. So it is enough to get out to the main street and take the first available bus in the desired direction to the North or South. The fare depends on distance, but within the next to Bentota's beaches, it is no more than 20 rupees. Not all buses stop anywhere, most pick up passengers only at marked bus stops.

Read more about buses in Sri Lanka and how to use them here...