Bentota (Bentota) – a city and resort on the southwest coast of Sri Lanka, 65 kilometres South of Colombo (Bentota on the map of Sri Lanka). The name comes from the name of the Bentota river (Bentota Ganga), a tributary of the ocean in the city and is the largest river on the island. In turn, the river was named by the name of the demon Bem, ruling the banks of the river. The population of the city is quite small, only 37 000 people.

Bentota is closely linked to nearby resorts (or areas, as you wish), Beruwela, Aluthgama, Induruwa, Kosgoda, which is traditionally considered areas and beaches of the resort. Overall this is a moderately well-developed traditional beach resort, with characteristic similar to the location of the infrastructure: cafes and restaurants, travel agencies, car transport. Its main advantage are long, clean and deserted sandy beaches. But recreation Bentota, as, however and all of Sri Lanka, not full. Here you can find some water sports, go diving or snorkeling (there is a major center for water sports), to go on a private tour. The rest of the organization of leisure will be in your hands.

The main features of the resort are package tourists (tourist vouchers), while active and independent young people prefer to spend time in a more democratic and exciting Hikkaduwa or Unawatuna, where there is at least some formal get-together, which is lacking here. The beach is a very popular destination for honeymooners. Overall, the resort is less crowded than other popular resorts in the South and West of Sri Lanka. Budget hotels and guesthouses are not many, but there are luxury hotels with their territory on the first line.

The beaches in Bentota good, especially outside the Bentota in neighbouring areas (Induruwa, Kosgoda). While in the city during the high season on the beaches sometimes and you can meet tourists in nearby induruwa and Kosgoda they are empty at any time of the year. In terms of waves little calmer here than in Hikkaduwa because some beaches located in coves, and you can almost always find a place without big waves. And if you continue to compare the local beaches with the Golden Sands, they are objectively better: longer and more varied, and a wider strip of sand. With regard to the purity of the water, you should not trust a rave on the Internet about the fact that here the purest water. In fact, here is the mouth of the river Bentota Ganga, which throws into the sea or coastal runoff, especially after rain. Besides the constant waves create the shore suspended sand and clear water is found only where the bottom of the stones.

Tourist infrastructure developed in Bentota will not name. Especially for tourists in addition to hotels and a few restaurants there is nothing here, and all entertainment and deals of the city are concentrated mainly within the hotels, with their territory. On the main street of Galle road in Bentota, there are a couple of currency exchange offices, one travel Agency, the liquor store, supermarket and jewelry store Aida specifically for tourists. Pre-existing a tourist alley with shops and tourist information centre as of 2019, carried, carried out some construction work.

A bit more infrastructure is in the neighboring area around Aluthgama bus and railway station. There are banks and ATMs, cheap local eateries, wine stores, a market and a diving centre.

And if you move on from the centre to the beaches Moragalla beach (Moragalla Beach), Induruwa (Sri villas) and Bentota (Kosgoda), then there is outside of the hotels nothing at all except a few shops and cafes for the locals. See more about beaches and areas of Bentota here...

As for accommodation, although in hotels there is no shortage of Bentota is famous as a place with a great amount of budget options. Most of the hotels designed for package tourists willing to pay $ 50 and above for one night in a hotel with its own territory on the first line. Guesthouses or hotels worth up to $ 30 to find problematic, they are all located far from the beach in a residential area behind the main road to Galle road.

Find and book accommodation in Bentota can on these sites or using the search form below. All sites have Russian interface and Russian-speaking customer support, numerous real guests reviews. And in Agoda and Booking are bonus system:

The Bentota beach in a cloudy time

In Bentota and neighboring beaches, the climate is conducive to year-round recreation. However, outstanding low and high season, which are formed due to precipitation and monsoon winds.

High season and best time to visit is from October to April. During this period, the least amount of precipitation, and the beaches are less waves.

The low season lasts from may to November. At this time, are frequent, but usually short rains, the weather changes very rapidly. What is really bad, the monsoon winds form standing waves, and swim or engage in water sports is somewhat dangerous. However, there is in this period and a small plus: the prices for hotels and travel services during the low season a little lower.

The tourist seasons in Bentota months*

Current weather in Bentota and forecast

How to get to Bentota, transport

Bentota, Aluthgama, Beruwela and Induruwa beach are close by, so the ways to reach them, and prices are about the same. They are all located along the main road to Galle Road (A2), which goes from Colombo to the South in Galle. Through the city passes a branch of the southern railway from Colombo.

To get from the airport or from Colombo to Bentota is easier and faster than a taxi. The cost of 55 dollars, 2 hours. If taxi is too expensive for you, then you can get on buses and trains with a stopover in Colombo. First, from the airport need to get to the bus station in Colombo by bus No. 187 from RS 100 (read more about it here) and change there to a bus to Bentota for 150 rupees, or on the train.

To get to Bentota from any other point in the country by bus or train within one light day, but the night did not find you, better go early in the morning. Will have to go with a stopover in Colombo. Here is a brief about the routes to reach Bentota from major cities:

In Bentota and the surrounding area aren't too many attractions. If you like to explore interesting places just walking or traveling by local transport, here it is almost forget. Something you can see yourself, but it will have to go to Galle, and Kalutara or Colombo by bus. Much more freedom and opportunities to watch will be, if you operate a motorcycle that you can rent. For the most account for something interesting should go to the Central part of Sri Lanka with tour or hire a guide. There you can see ancient monuments of Anuradhapura, Polonnaruwa, Dambulla, Sigiriya , etc. to Find a cheap group tour to these places is not always easy, and in Bentota is almost impossible. In the centre of Bentota on the main street of Galle Road there is a travel Agency that organizes tours by tuk-tuk or car to all corners of the country, but the prices are quite high and depend on the number of people in the group of tourists.

Read more about the attractions of Bentota here... 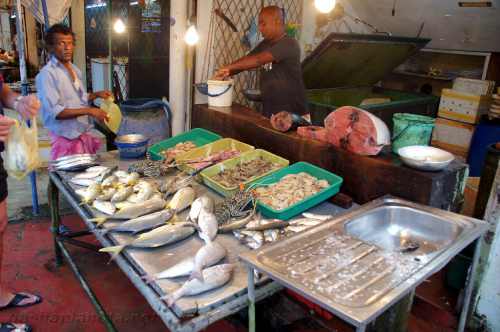 You're talking about sharks or something? So it's always possible to stumble, not only in Bentota or Sri Lanka, but the chances are negligible. ...
To reply or discuss the topic on the forum
CONNECT
⌃
✖Календарь недорогих авиабилетов