This page is automatically created by the automated computer text translator, and originally written in Russian (Переведено сервисом «Яндекс.Переводчик»). The original version of this page in Russian is located here. We are apologize for any possible inaccurate and incorrect translation of certain phrases and expressions below.
POPULAR TICKETS
✈ GMT-Colombo ⇄ 30 847₽✈ SPb-Colombo ⇄ 35 993₽✈ Kazan-Colombo ⇄ from 44 364₽✈ EKB-Colombo ⇄ from 46 350₽✈ NSB Colombo ⇄ from 52 045₽✈ Samara-Colombo ⇄ from 61 794₽ 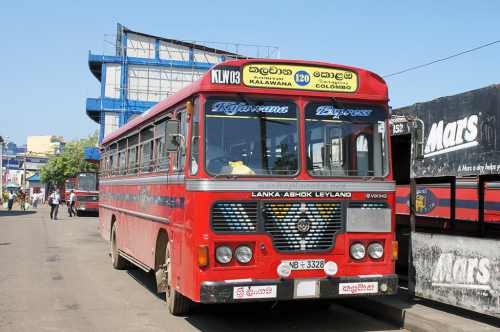 In Sri Lanka there is a very extensive system of intercity and urban buses. This is the main form of passenger transport in the country for locals and a great way to cheaply travel around the country and resorts for tourists. Most intercity buses is the city, i.e. they can drive part of the route through the city. To get them at almost any place in the country.

Unfortunately, in some cases, to travel by bus is not very comfortable because of overcrowding, especially during peak hours. Sometimes even you just don't get to the salon. It is also very difficult to move inside a crowded bus, because the aisles between the rows of seats are very narrow. And, be ready for this extreme when traveling: local drivers are real "Schumacher" and can easily overtake everyone, even the tuk-tuks and motorcycles. Overall, it's not very safe mode of transport.

The country ply red state and blue private buses. On one route, usually work and there prices are the same. Red buses are older and less comfortable, but the locals prefer and recommend to use them as they are considered more secure.

How much is the fare 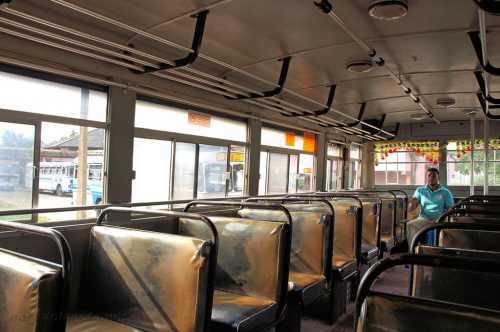 The fare is very low, depending on the distance. Tickets not purchased in advance, payment is happening inside the bus conductors. The tickets are sometimes given, sometimes not, but theoretically should be given always. You need to tell the conductor your destination (city, district, some well-known place), and he will tell you the fare. In some cases, the conductor to take tourists the cost is several times higher than the local, or "forget" to give change. Such cases are rare, but even with these "tattoos" the fare is more than acceptable. For example, travel from the city of Galle (Galle, Galle) to Unawatuna in 2019 worth taking into account "without putting" 30 rupees (12.21 RUB, refer to the currency of Sri Lanka, the exchange rate). Also, for example, travel from dehiwala-mount Lavinia (Mt Lavinia) in Colombo to the city centre of Colombo Fort (a distance of almost 13 kilometers) – 20 rupees. 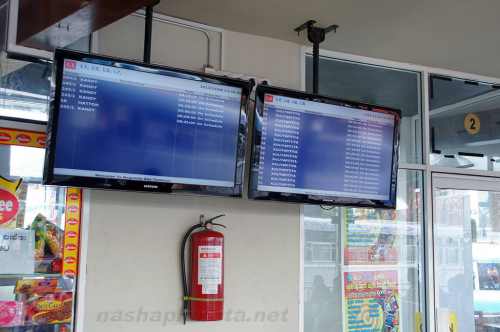 In General, when planning journeys on buses is to understand such a common thing during the day and can be reached by bus from any part of country to any other, possibly with transfers, you only need to plan the route and leave early. To find out exactly how best to go ask for help to the local people, it is better to ask several. Also at the bus stations of many major cities have information Windows, where they will tell you all about routes and connections, it is only necessary to raise the question of where you want to go. Moreover, it is better to doing the previous day before the trip, because on the rare destinations flights can leave early in the morning, such as 3 or 4 am.

Almost all the buses in Sri Lanka do not go according to schedule (although maybe it is). I go often, even on long routes, but trying to catch the bus on time – a waste of time. You more time to spend on figuring out this issue than it waiting at the station. Buses daytime buses run very often, especially in the daytime. In the evening after dark (this is after 18 hours), the frequency decreases.

Night buses do not go with rare exceptions, for example – airport bus to Colombo. Some routes continue to work until midnight, but it is not to count on it, and it is better to complete all of their moving around town or between cities to 20 hours.

What are the different buses 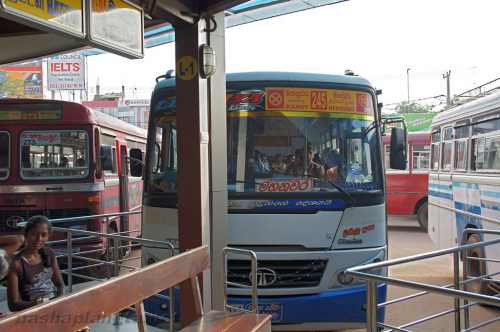 Buses can be simple and quick. The latter are often air-conditioned, first ever. Express trains are faster and cost about twice as expensive as simple. Distinguishable often can size: is a small bus like our "Gazelles" or a little more. The Express trains do not go across the country, but mainly in the Western and South-Western coast.

There is a separate category of buses that can be called as our branded buses. They go on the very popular long-distance routes, including to Colombo airport. They are more comfortable and air-conditioned, they only seated, as opposed to any other (including multiples) who stuffed people like barrels of herring. The prices are also very reasonable. For example, the fare on this bus from the bus station Negombo to Colombo for a distance of almost 40 kilometers an hour and a half in December 2013 cost 195 rupees (about 50 rubles). 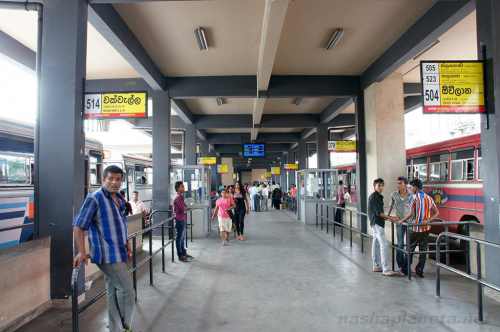 Buses in Sri Lanka are numbered. Continuous numbering throughout the country, i.e. there are no different routes in different cities with the same number. Even on the windshield there is information about the starting and ending point of the route, which is quite often duplicated in English. International buses are specified in the city, and for city buses usually specified area.

To understand all the intricacies of difficult routes. But you can always use the help of locals or jigs that will answer, whether to the right place for the bus. Feel free to go to the first stop the bus and call the place where you need: driver, conductor or passengers will answer you. Most importantly, correctly and clearly to name the place that you need. Just don't expect everyone knows the name of the shopping Mall or hotel that you need, so it is important to know at least the name of the city or district.

How to use the buses. Stations and stops 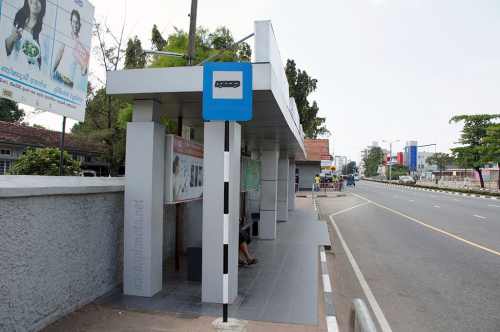 Buses strictly on the stops, which are marked either just marks, or are fully equipped. Entry and exit is sometimes produced almost on-the-go: the bus slows down, not completely stop while the passengers jump out and swing by.

Intercity buses start and end their routes at the bus stations, which are in every major city or area. Sometimes these stations represent a huge building, and some where just a large Parking lot. But the principle is everywhere the same: you come into the station, find your desired bus, and just sit in it. There are no cash registers and pre-bookings are not required, all payable to the bus conductor. To find the right bus at the bus station, you can either walk and see the information on the signs at Parking places where they are, and a small station you just need to ask the bus drivers or passers-by where the bus there and then.

The first few rows of seats in front of the cabin is designed for pregnant women and religious leaders (monks), what are warning signs-stickers on the Windows or the ceiling of the bus. But if neither the one nor the other in the bus no, you can safely take, and if necessary to make room for them.