This page is automatically created by the automated computer text translator, and originally written in Russian (Переведено сервисом «Яндекс.Переводчик»). The original version of this page in Russian is located here. We are apologize for any possible inaccurate and incorrect translation of certain phrases and expressions below.
POPULAR TICKETS
✈ GMT-Colombo ⇄ 29 851₽✈ SPb-Colombo ⇄ 36 290₽✈ Samara-Colombo ⇄ 42 250₽✈ EKB-Colombo ⇄ 45 649₽✈ Kazan-Colombo ⇄ from 52 402₽✈ NSB Colombo ⇄ from 52 402₽ 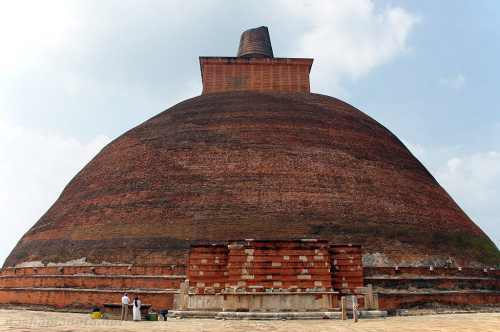 This is the first ancient capital of the Sinhalese Kingdom that once existed on the island. The first mention of the settlement in this place belong to the 6th century BC. And it has been the capital in 377 BC. Then the city was called Anuradha. It was a very developed city, but in the 9th century it was destroyed yuzhnoindijskoj invaders. After that, the capital was moved to Polonnaruwa.

Today, Anuradhapura is a popular sightseeing destination among tourists, but also very meaningful and very popular among Buddhist pilgrims. Tourists are attracted by numerous ancient monuments (most of them, unfortunately, are restored), inscribed on the world heritage list of UNESCO. Basically it is an ancient bell-shaped stupa called in Sri Lanka Dagoba (Shrine which holds the particles of the Buddha), statues, temples, palaces, artificial lakes. The special attraction and place of pilgrimage is the Mahabodhi tree, one of the main symbols in Buddhism. Overall Anuradhapura is one of the most interesting from a sightseeing point of view of cities in the country. 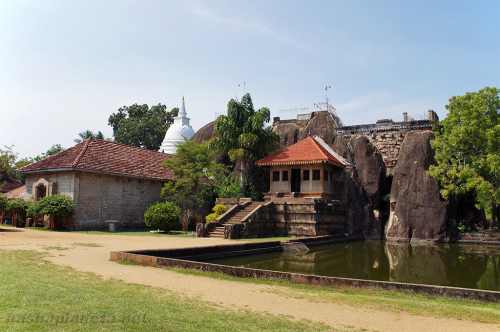 Very close to Anuradhapura is another remarkable place - Mikindani. This is the ruins of ancient temples located on the mountain. Mikindani at least in scale and much inferior to Anuradhapura, but no less interesting. Be sure to visit Mihintale, if you find yourself in these places.

If you have limited time, you can briefly explore the city's attractions in a single day, as does most independent travelers or tourists in the tour. To see all the sights in the city and County, it is recommended that two full days plus a half day at Mihintale. But it is worth saying that if you are a passionate lover of the ancient sights of a religious nature, after examination of several monotonous stupas and temples, you just get bored. So one day for most tourists really enough. To hold in Anuradhapura entire period of stay in Sri Lanka cannot be considered. Recommended maximum stay is 2 days.

The city has minimal tourism infrastructure for short stay. Here, of course, no beaches (the nearest beach is very far away), the entertainment and night life, but the necessary minimum of the hotels and guesthouses are. A separate tourist area there. Food for tourists is mainly concentrated in the hotel restaurant, and find something to eat in the city is difficult. To go in the evening there's nowhere even to just walk around. By nightfall, everyone here is fast asleep, and after nine o'clock almost the entire city falls asleep and the darkness.

The city is divided into two parts: old town and new town. All residents from the territory of the old city, where all the sights, in 1950 was relocated by the government into a new place in a new city. Now, the whole infrastructure and transport is located in the new town and old town you can go only for sightseeing.

How much is a visit to Anuradhapura 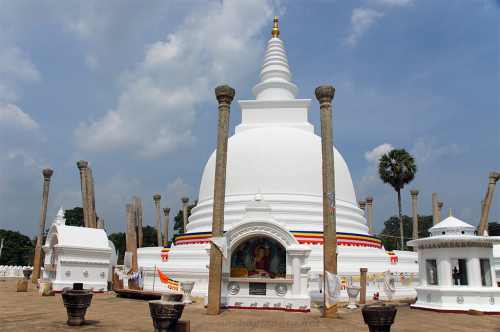 Sightseeing of Anuradhapura – pleasure not cheap. A single ticket for sightseeing the complex of the Abhayagiriya (Abhayagiri) costs $ 25. The rest of the old town (and a large part of it) free, but in some places have to pay extra.

But there is an opportunity to save money. Some tourists refuse to buy a ticket and ride the attractions on their own, without entering the territory of Abhayagiri, and visiting only free. In principle this is a good option because of paid and free Dagoba generally monotonous, and you will most likely get bored after the third or fourth. At the same time, it is very easy to be deceived. Often the local tuk-tuks offer to mess with tourists on the complex by the standard for these places for hiring a tuk-tuk price to 40-50 dollars, and promise that will take tourists to pay a part of the free, allegedly in collusion with local security. We have very little doubt that these tuk-tuks are really taking tourists paid. According to our information, they're just wheeling unsuspecting tourists for free and give all this for the paid area. Read more about how and what to see in Anuradhapura, see the sights of Anuradhapura.

And finally, one tip: during the inspection of the temples will be very common to remove your shoes and walk on the burning sun plates. But socks can help out, they will not be so hot.

Visit the ancient capital at any time of the year, it is always warm and cozy. However, during the rainy season when the sky pours out a huge amount of rainfall, it is likely that instead of sightseeing, you'll have to hide from storms. The wettest months are October-December and April.

Current weather in Anuradhapura and forecast

How to get to Anuradhapura

To reach from other cities Anuradhapura, Sri Lanka by bus, train or rented transport.

If, immediately upon arrival in the country through Colombo international airport Katunayake you want to get to Anuradhapura, you can take a bus or taxi.

Buses run frequently, so if you arrive by plane in the morning, will be in place on the same day. Will have to go with transfers, but it will be inexpensive, but the route can be done in six hours. But, if you arrive at the airport after about 15 hours, it is better to spend the night in the nearest town, for example in Colombo or Negombo as the night buses don't run and you can not manage to transfer to one of the buses and getting stuck somewhere in the Outback.

More comfortable you can get a transfer to Colombo by train. For this you will need to drive to the railway station, Colombo Fort and there take the train. Tickets for the lowest classes you can always buy on the spot before the departure of the train. The cost from 160 to 520 rupees. 4-5 hours. Departs daily 7 trains, including one late night at 20:15. Train timetables can be found here: https://www.eservices.railway.gov.lk, http://colombofort.com

And here is the schedule of trains and other transport to Anuradhapura available for online booking:

Transport, to move around Anuradhapura

New city easily explored on foot, and you won't need transport. Yes, and walk to the new town there's no need, there is absolutely nothing to do. But the old town where all the sights, much more. Usually tourists hire a tuk tuk for a trip through the old town, which is quite reasonable. Rent a tuk-tuk for the day for sightseeing tour costs about $ 20.

Another option is to move to a rented transport. In the city you can easily rent a Bicycle or motorbike (scooter).

A short trip by tuk-tuk around the city, for example, in search of the hotel on arrival, cost 100-200 rupees (refer to the currency of Sri Lanka, the exchange rate).

Anuradhapura hotels, where to stay

As already mentioned, the city is divided into old town (on the map) and new town (on the map) separated by a river. All hotels and tourist infrastructure are located in the new town. There you can find it is budget accommodation at affordable prices. A double room with minimum facilities will cost $ 15. Normal room with air conditioning and Breakfast can be obtained from $ 30 Yes two.

The location does not matter, as long as it was within the new town near the center.

Find and book accommodation in Anuradhapura can on these sites or via the search form. All sites have Russian interface and Russian-speaking customer support, numerous real guests reviews. And in Agoda and Booking are bonus system: 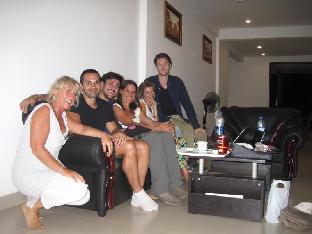 The hotel Miheen Hotel and Resort

Rating from travelers 9.8 out of 10, greatPrice for rooms: from 1199₽Check price 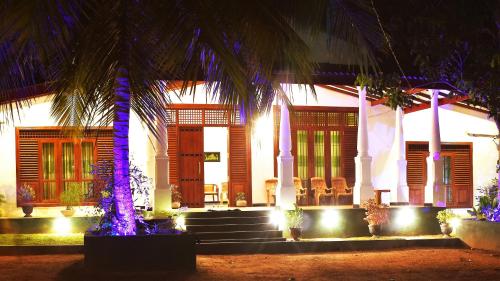 Rating from travelers 9.5 out of 10, greatPrice for rooms: from 884₽Check price 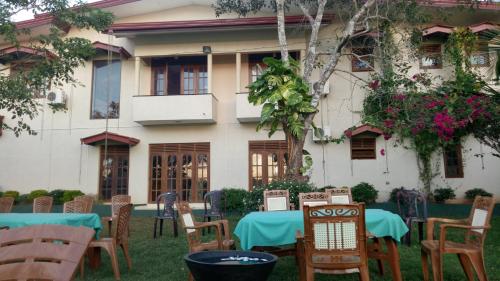 tourists Rating 9.3 out of 10, greatPrice for rooms: from 947₽Check price 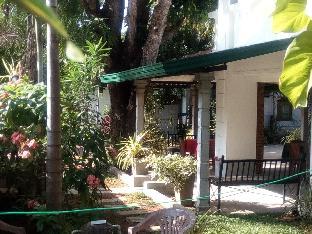 of tourists Rating 9.2 out of 10, greatPrice for rooms: from 631₽Check price 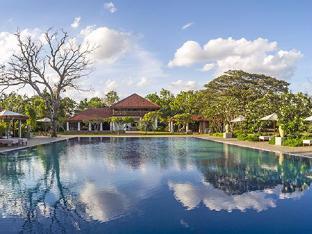 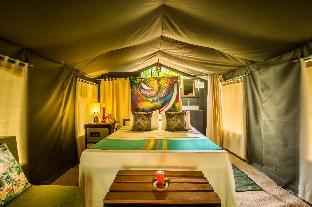 Assessment of tourists 8.8 out of 10, greatPrice for rooms: from 30302₽Check price 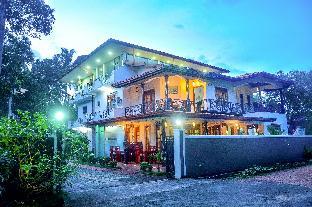 the tourists Rating 8.8 out of 10, greatPrice for rooms: from 1263₽Check price 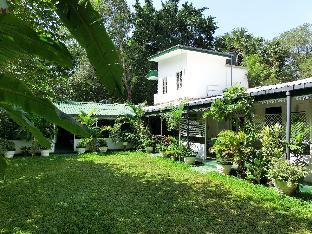 Rating from travelers 8.7 out of 10, excellentroom Price from 1136₽Check price 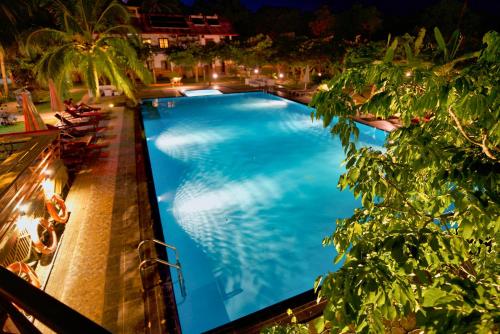 Rating of 8.7 out of 10 tourists, greatPrice for rooms: from 1894₽Check price 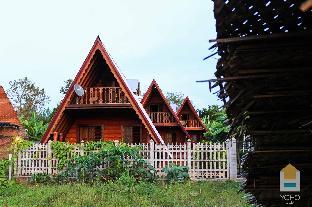 Rating from travelers 8.7 out of 10, greatPrice for rooms: from 1263₽Check price 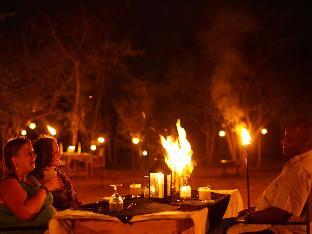 tourists Rating 8.6 out of 10, greatPrice for rooms: from 3472₽Check price 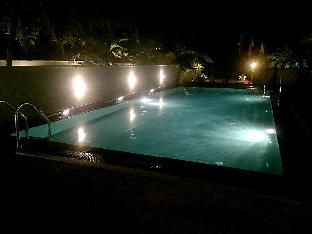 tourists Rating 8.6 out of 10, greatPrice for rooms: from 3093₽Check price