Sentosa island (also Sentosa, Sentosa Island) – one of the most popular tourist attractions in Singapore that attracts about 5 million tourists.

Earlier (during the second world war), the island was one of the most important strategic centers and had the unpleasant name of Pulau Belakang Mati, which in Malay meant "island after death". In 1974, Singapore was built cable car, connecting Sentosa island to mount Faber on the main island of Singapore, which marked the beginning of the conversion of the island in the main tourist center mini-state of Singapore. Gradually the island was opened to tourists attractions: Fort Siloso, wax Museum, musical fountain and aquarium "Underwater world". And in 1992 was built the bulk bridge, linking the island with the mainland, recently built monorail conveyor and is open the road for pedestrians. Everything on the island was built and organized for the sake of visitors and tourists. In a sense it is simply a Paradise for tourists, where you can find everything. Well, almost all...

Among the most basic activities on the island:

Oceanarium "Underwater world" located in the Western part of Sentosa island. This living Museum today contains more than 2.5 thousand marine and freshwater inhabitants from different parts of the world. During a trip to the Sentosa island you can swim with sharks, even if you are not a skilled scuba diver. And experienced scuba divers allow you to dive and swim along with charming playful dugongs. Underwater world Sentosa includes Dolphin Lagoon, where Indo-Pacific humpback dolphins, also known as pink dolphins. During the day there are many programs in which visitors are allowed to enter in a shallow pool and interact with dolphins at close range.

This observation tower on Sentosa island gives visitors the opportunity to enjoy the panoramic view of the island. If the sky is clear, you can even see parts of Malaysia and Indonesia. Tourists come in a huge cabin in the form of a disc with air-conditioned, around the perimeter which includes a glazed window. Lifting the tower, the cabin slowly rotates. At one time it can accommodate 72 passengers.

Fountain Songs of the sea

After 25 years, the show of Musical fountains was replaced by the laser music show Songs of the sea, which for the first time visitors saw in March 2007, Is the only permanent show in the world held in the ocean. It is a magnificent pyrotechnic show. It can be observed with an open gallery, with Seating for 2,500 seats are placed. The show lasts 25 minutes and is performed twice a night: and 20-40 19-40.

It's very new, just opened in December 2012 attraction. Its creators claim that it is the largest aquarium in the world. Well, it actually is.

In this aquarium you will see a huge (over 800 species) of marine life. Only sharks in the aquarium, there are more than 200. But all in all, the water here floats over 100 thousand inhabitants.

The cost of visiting the aquarium: s $ 29 adults and 20 for children and seniors over 60 years.

For more information and to order tickets on the website http://www.rwsentosa.com/

In the Western part of Sentosa island is Fort Siloso, defending during the Second World war, the Singapore of the West. It was built by the British in 1880-ies to protect the narrow Western passage to the harbour of Keppel. Tour of the Fort will be especially interesting to fans of military sites, as here you can see the ammunition bunkers, barracks, tunnels and gun emplacements of the Fort.

In the Central part of the southern coast of the island is Palawan beach. In addition to the soft sand and clear water, the beach will offer you a large choice of bars and beach restaurants where tourists are served delicious food and drinks.

This beach is known first and foremost, the opportunity to play beach volleyball and other beach sports. Along Siloso beach you will find many shops that particularly interested shoppers.

On the southern shore of the island is a beach and Tanjong, more intimate compared to other. This is the perfect place for travelers who want to enjoy the peace and serenity of a tropical vacation. It is very romantic atmosphere, especially in the evenings.

The island just to visit and relax on it during for during your stay in Singapore is to have fun, sunbathe on the beach and in the evening return to your hotel in the city, and it is possible to settle on the island in one of the hotels.

Find and book a hotel in Singapore, you can through the search form below. The search is performed in popular South East Asia search engine Agoda.com, Russian language and Russian-speaking support is present: 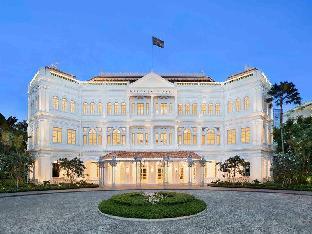 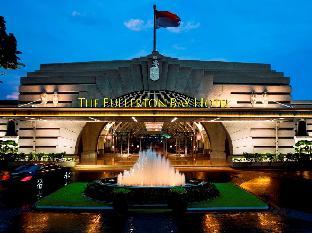 Rating from tourists 9.2 out of 10, greatPrice for rooms: from 27967₽Check price 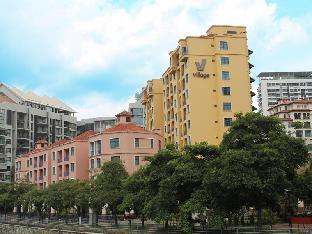 Rating from tourists 9.2 out of 10, greatPrice for rooms: from 19272₽Check price 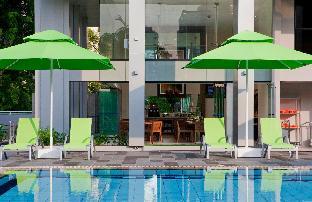 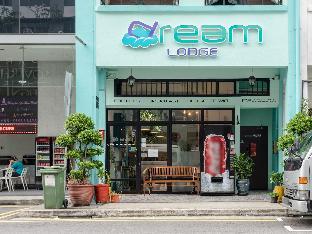 tourists Rating 9.2 out of 10, greatPrice for rooms: from 1768₽Check price 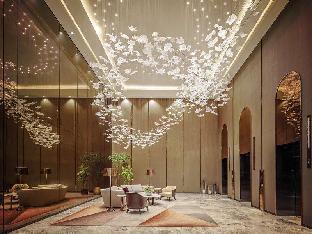 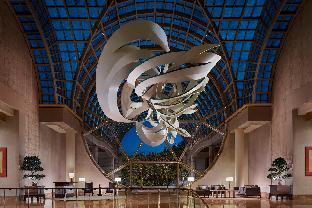 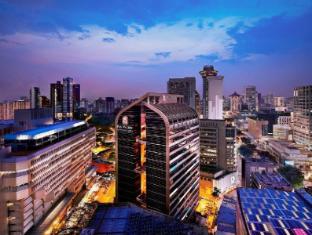 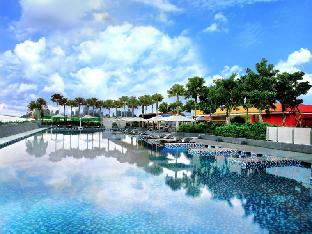 Rating from travelers 9.0 out of 10, greatPrice for rooms: from 8018₽Check price 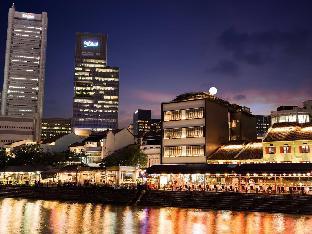 tourists Rating 9.0 out of 10, greatPrice for rooms: from 6502₽Check price 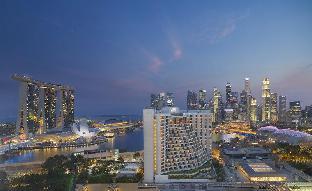 How to get to the Sentosa island

The Singapore authorities have done everything to ensure that tourists quickly and conveniently able to get to the main tourist island mini-States. To the island from the city or airport of Singapore are easily accessible by metro (monorail), bus, cable car, taxi or even walk to the island on foot over the bridge. Use water transport to get to the island, it is impractical.

Walk (Sentosa Broadwalk). The cheapest way to get to the island on foot or by special covered pedestrian self-propelled track (the line) called Sentosa Broadwalk. On foot or on a conveyor belt will have to ride quite a bit, a little more than 500 meters. First, even though you will need to get to the pedestrian walkway. It originates on the pier near the shopping center VivoCity Shopping Mall, where, in turn, can be reached by taxi or metro to the metro station, HarbourFront MRT. For the use of the conveyor track, will have to pay $ 1.

Ropeway (Cable car). This is the most exotic and most fun way to get to the island, but quite expensive. The fare on the cable car will have to pay 29 SGD (Singapore currency exchange rate) (children $ 18), which is approximately equal to 700 rubles. In exchange for the money while driving you can see wonderful views of Singapore from the height of bird flight. Boarding the cable car is possible at the station at Mount Faber Station or HarbourFront Station (ON the MAP), which can be reached by metro to HarbourFront MRT. The ropeway works from 8.45 am to 22:00

On the monorail (Sentosa Express). The monorail originates at the station of Sentosa Express on the pier near the subway station HarbourFront MRT. The fare is 3,5 Singapore dollar. On the island, the monorail makes three stops. Working time: from 7:00 to midnight.

How to travel around the island

Comments / recent posts on the topic on the forum
value hotel in SingaporeAndrey.And. 26 October, 2016
And in a place where travel is purchased(as I understand it at the entrance to the subway),there is a break from 16.00 to 17.00? ...
Uninteresting attractions in SingaporePaZan January 1, 2017
You can visit Universal Studios Singapore, it is interesting for both children and adults. Rides very much, and of course the queues are large, but worth it. ...
Security in SingaporekatiaLike 4 February, 2017

Also this opinion was. We clocked it on TV movies. serials and news. ...
Hostelillovova77 30 January, 2018
Good day! I've been in transit in Singapore and probably the same as You are faced with the problem of where to stay for a couple of days!
You know, there is a choice:
-KAWAN street Dunlop
-MITRAA INN RA-n St. near Little India Farrer Park MRT
-Backpacker Cozy Corner, 300 meters from Bugis St
-5 foot way.Progekt Cyinatoun inn 5 min. from the metro station Сhinatown
LINK REMOVED
The choice is yours. Personally I spent the time comfortably! I wish You a pleasant stay!!! ...
Attractionsalexxx February 9, 2018
gardens in Singapore is simply Paradise on earth! ...
visa-free transit in Singaporeadmin September 18, 2018

Of course ...
Singapore. Where to eat inexpensively and how not to get a penalty?nasamomdele 26 September, 2019
In Singapore we had only one day and one night, but it's not enough!
We watched a lot of reviews, which with one voice they all say how expensive in Singapore and you can splurge even just for the food. With confidence declare that it's all stereotype!
In Singapore, a huge number of cafes, restaurants and small street fast food with very affordable prices. Just walking down the street, we stumbled upon a Chinese street cafes with incredibly delicious as was the food. 200R. per person and we were stuffed!
In General, the food in Singapore is absolutely diverse. Indian cuisine, Chinese cuisine, European cuisine and even molecular. This is due to the fact that Singapore is a city of immigrants. As such, Singaporeans simply do not exist. The main population is Chinese, and immigrants from other countries. That's why the food in Singapore is completely different and for every budget.
As for Singapore penalties, all is not so bad. Yes, a huge number of them. But if you're a law-abiding person and not a "pig", then you are not threatened.
kY5xJtjIAUg ...
To reply or discuss the topic on the forum
POPULAR TICKETS
Bangkokfrom 26 323₽Phuketfrom 29 066₽Hanoifrom 31 110₽Saigonfrom 30 740₽Nha Trangfrom 23 032₽K. Lumpurfrom 29 443₽Delhifrom 22 375₽Singaporefrom 31 910₽Balifrom 33 950₽Colombofrom 29 251₽London3 270₽York21 255₽Parisfrom 5 944₽Romefrom 7 864₽Crimea5 791₽Sochi(Adler)3 698₽Top 100 tickets out of your airport here
⌃
✖Календарь недорогих авиабилетов