Mactan island (Mactan Island) – the closest island to the O. Cebu, located in Cebu city, separated from main island by a Strait of width of less than one kilometer at its narrowest point (Mactan on the map). Belongs to the province of Cebu and is one of the most popular and developed resorts. Here is the main and only in the province of international Mactan-Cebu international airport, through which tourists arrive in this part of the country. Often the island of Mactan is called Lapu-Lapu (Lapu-Lapu), but in fact the paw-Paw is one of the cities of the island and its capital.

Despite its popularity, Mactan – a mixed resort with its own characteristics. It's not a natural Paradise, as it is written in commercial guides, and is built up with concrete and issecheny roads of the island, almost a metropolis. Although the situation here is calmer than in the city of Cebu, is to go beyond the hotels or resort areas along the South-Eastern coast as you get to the dirty streets with poor people and beggars, busy traffic roads, exhaust fumes, and the stench from the many local cafes. All descriptions of the resort on commercial sites the guides as island Paradise with unspoiled nature and clean beaches "bounty" – complete nonsense. Well, another point, which is not always popular with tourists from European countries – a large number of Asian tourists from Korea, China, Hong Kong and other Asian countries with their peculiar manner, to relax and to move large and very noisy groups.

Stay on Mactan, the beaches and diving. All the beaches here with large yellow sand mixed with fragments of coral and shells. Which is good, the beach is protected from waves by neighboring Islands. But the beaches on Mactan are not much: almost the entire coast here is rocky, or destroyed and polluted by human activities. What is left, belongs to the expensive hotels-to resorts with their territory and the artificial beaches, access to which is blocked completely or for a fee, and very considerable.

And the few remaining public beaches are always crowded by locals and not very clean, so if you need a budget beach holiday, you should look for other places, for example, to go Moalboal or on nearby Panglao island, Bantayan, Malapascua , etc.

But that's what Mactan can really surprise you, so it is very rich in underwater life that makes it one of the most popular places for diving. Prices dip low at about 1100 pesos (1650.19 RUB), and for only $ 250 you can get training. Therefore, the island nereda used as the starting point for 3-4 days to obtain the initial certificate, and then go to other, more interesting Islands of the Philippines.

In General, summing up we can say that this is a good developed resort for a beach holiday and diving, but it will fit you only if you are willing to shell out a considerable amount for accommodation in a comfortable hotel with a great beach. In other cases, a longer stay is not necessary, for budget travelers it is not suitable.

The beaches of Mactan island

As we already mentioned, the beaches on Mactan mainly belong to the hotels, though it is illegal. They build up the areas around the beaches and to limit passes, so get on them is simply impossible. Some hotels allow you to pass over cost: ie you would pay for the service (lunch at the restaurant, rent a gazebo or deck chair) and then have the right to get to the beach. Free beaches here are few, they are always crowded with local tourists, not very clean and comfortable for rest and swimming sophisticated tourists. Here for reference is the most popular paid and free beaches:

If you have decided on a beach location you can find and book hotels on Mactan on these sites, or by using the search from Agoda: 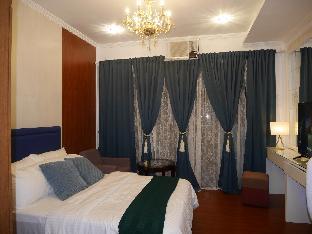 The hotel Trillium Residences in Ayala with Wifi & Netflix

Rating tourists 9.9 out of 10, greatPrice for rooms: from 2462₽Check price 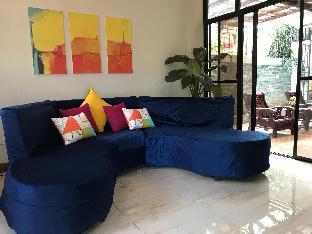 Rating from travelers 9.8 out of 10, greatPrice for rooms: from 2588₽Check price

Rating tourists 9.7 out of 10, greatroom Price from 3914₽Check price 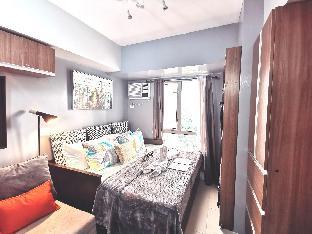 tourists Rating 9.5 out of 10, greatPrice for rooms: from 3283₽Check price 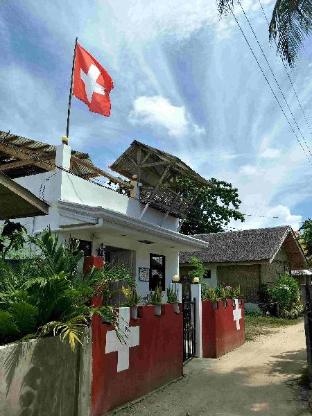 The hotel Swisslagoon Restaurant and Hotel

Rating from travelers 9.4 out of 10, greatPrice for rooms: from 2336₽Check price 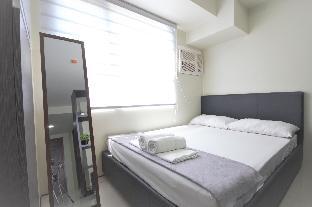 travelers Rating 9.4 out of 10, greatPrice for rooms: from 2588₽Check price 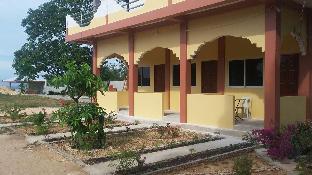 tourists Rating 9.4 out of 10, greatPrice for rooms: from 1894₽Check price

tourists Rating 9.4 out of 10, greatPrice for rooms: from 3030₽Check price 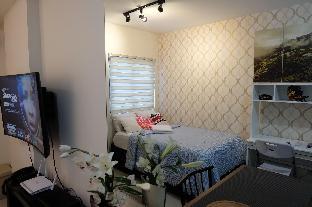 tourists Rating 9.3 out of 10, greatPrice for rooms: from 1641₽Check price 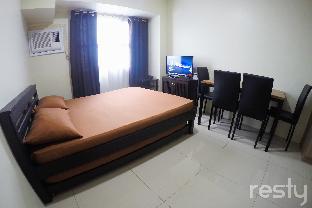 tourists Rating 9.3 out of 10, greatPrice for rooms: from 1515₽Check price 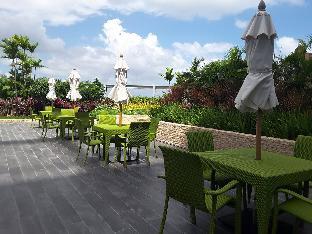 tourists Rating 9.2 out of 10, greatPrice for rooms: from 5745₽Check price 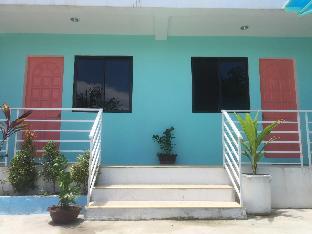 tourists Rating 9.2 out of 10, greatPrice for rooms: from 2336₽Check price

The Infrastructure Of Mactan

And tourist and urban infrastructure in Mactan is well developed. In the resort area along the coast and on the beaches there are diving centres, many restaurants and cafes, travel agencies and hotels can arrange local excursions to tourist attractions the island of Cebu and tours to neighbouring Islands. Currency exchange and ATMs in the resort area there, but the course is not very profitable, and to transfer amounts from a few hundred dollars makes sense to go to Lapu-Lapu, Mactan Marina Mall (the exchange Western Union inside a supermarket) or in Cebu city. Money it is best to remove the HSBC ATM in the shopping center Ayala Mall in Cebu city because it is the only ATM that does not charge a Commission at 250 pesos per withdrawal.

The most developed city is the capital of Mactan in the Lapu-Lapu. There are markets, shopping centres, shops, cafes. The big shopping malls: Gaisano Mall, Super Metro (hypermarket), Mactan Marina Mall. More major shopping and entertainment centres can be found in Cebu city, which is accessible by jeepney, taxi, or ferry.

Weather at the Mactan tourist seasons

Several times a year on the island of landfall typhoons or tropical storms. They are mainly in the rainy season and affect the North of the island of Cebu and Mactan destructive winds usually don't get. But during typhoons, heavy rains can stop the movement of ferries for 1-3 days, suspended flights. To predict the occurrence of storms and typhoons for a long period is impossible, so just watch the forecasts before traveling, and make a decision immediately prior to departure.

Current weather on Mactan and forecast

How to get to Mactan

On Mactan is the main international airport in this part of the country, and through it here comes the most tourists. Also near in Cebu city is the largest port in the country, coupled with a large number of neighboring and more remote Islands of the Philippines.

Transport in Mactan than to move on

The main transportation for the Mactan – taxis and tricycles. There are also a small number of flights Jeepneys, but they are very poorly covered resort area, designation of trails is confusing, so especially they should not count.

Car taxis on the island are metered, the cost is 40 pesos for landing at 13.5 pesos per 1 kilometer and 2 pesos for every minute of the way. In the end, the farthest ride around town will cost no more than 200 pesos, and Central Cebu city, about 500 pesos. But be sure prior to boarding, ask the driver he will take you on the meter (taximeter), or later possible surprises in the end of the trip in the form of significantly inflated prices. To avoid such surprises, you can order a taxi through Uber or Grab applications.

The tricycles are not equipped with meters, the price of the trip should be discussed beforehand. Usually they are trying to impose on tourists the price is even higher than car taxis, so you need to bargain. More or less reasonable price – no more than 30 pesos for a short trip of 1-2 kilometers, and not more than 80 from one end of the island to another.

Attractions and entertainment on Mactan

Objectively speaking, besides relaxing on the beaches and diving in Mactan to do and there's nothing to see, attractions here. Only land travel entertainment, aquarium, closed in 2014. And the two main historical places of the island, the monument of Magellan and the monument of Lapu-Lapu, are unlikely to be interesting. One can only go and watch some historical places in Cebu city, or take tours of the island of Cebu.

The main sightseeing and entertainment, which in any case should not miss during your vacation here is swimming with whale sharks in Olabe. There you will be able to see and swim among the whale sharks, and this is the only place in the world where you can see them with 100% probability. Also in this tour separately or can include a visit to Kawasan falls, Tumalog and other, canyoning at the Kawasan falls, visit the osmena peak. Another of the Mactan independently or with a tour you can visit several attractions on the island of Cebu:

These tours are offered at the travel agencies on the street, and is also available for online booking for the following trusted sites:

As for evening recreation, the resort area of Mactan there are a few late night bars, restaurants with views, you can find girls or boys. But best of all, for the evening entertainment to go to Cebu city, where the most popular places: Blue Bar & Grill, Ibiza Cebu, The Cebu Social, Morals & Malice, Cubana, Liv Super Club, Bellini, Champagne Lounge, Bamboozers Bar, Sentral, Club Holic. If you stay in an expensive hotel with its own territory, you can count on evening shows that are held for guests. Gamblers can visit the casino resort Mactan Isla Resort and Casino.

Comments / recent posts on the topic on the forum
Forum for Cebu island, Moalboal, Oslob, Mactanadmin January 9, 2020
On the website you can find the guide to Cebu island and its resorts:
Guide to the island of Cebu
How and what to get to Cebu
Guide to airport Mactan-Cebu
Cebu sights, what to see
The Beaches Of Cebu
Guide to Cebu city
Guide to Moalboal
Guide to the O. Mactan
Oslob and swimming with whale sharks
With discussing this topic and share their travel experience in Cebu. ...
Re: Forum on Cebu island, Moalboal, Oslob, Mactanadmin 28 March, 2020
Added:
Guide to Bantayan island
Guide to the island of Malapascua ...
To reply or discuss the topic on the forum
CONNECT
⌃
✖Календарь недорогих авиабилетов