Perhentian (Perhentian Islands, also Perhentian, Perhentian) is an archipelago of volcanic origin located in the territorial waters of Malaysia in the waters of the Gulf of Thailand South China sea, near the border with Thailand (Islands on the interactive map of Malaysia). The distance from the continental coast of the Malay Peninsula is only ten nautical miles (19 kilometers). Are administrative staff Terengganu (Trengganu), the Confederation of West Malaysia and are subject to a hereditary monarch. Composition of population is homogenous – over 90% of Malaysians, the remaining fraction is distributed among the Chinese, Indians and Thais. Population by religion predominantly Sunni Muslims.

The archipelago at the legislative level has the status of a protected zone under the guise of a marine National Park Redang. There is a list of rigid rules concerning fishing, collecting of shells and corals, waste disposal. The stay in the nature reserve can be planned as a permanent residence, and in the form of day visits during sea cruises.

The main Perhentian Islands are replete with beaches quality of "bounty" with flat entrances into the sea, cleared of the debris of corals. Almost everyone equipped to the sand Bank accompanied by a beautiful coral reef. On Perhentian besar relatively crowded beaches of Gulf Tuna, located close to the pier can be contrasted with the Pacific beach hotel Abdul Chalet or 1000 Penang is the most remote, exotic access to the sea. On the small island stands the civility of long beach, however, the shadow there can be found only under the umbrellas, palm trees at a considerable distance from the sea. In addition, many private beaches with catchy titles (Romance, Turtle and other), to get on which water taxi.

But not only beach holiday attractive archipelago. This is one of the best places in Malaysia for diving and snorkeling. Underwater world a National Park is unusually rich: turtles, whale sharks, clown fish, barracudas, stingrays, parrot fish, — this is not a complete list of sea creatures that you can encounter in local waters. Here's the best places:

Tourist infrastructure is found only on two Islands of the archipelago – it's a big small besar and Kechil. While there are differences in comfort and pricing on services between the Islands-twin cities, separated by a narrow Strait, whose width 1-3 km Kechil inferior to the elitism of the service and surroundings, tend not to shell out considerable sums for gifts and gourmet food in restaurants, while besar is more expensive with the respective hotels. Accordingly, the Hotels in besar is designed for the age category that prefer regular and quiet, and Kechil was chosen by fans of Backpacking, suiting night with karaoke. The other Islands tourists do not normally reside and visit them while boating or engaged in active recreation programs.

Lovers to spend time holiday shopping will be upset. Trading network on the Islands offers the only objects of tourist use, simple Souvenirs, groceries, fruit and soft drinks. Alcohol is sold at very high prices due to high excise taxes.

On Perhentian and other resorts of the East coast of Malaysia, stands out for two seasons:

High season (dry season)lasts from June to October. This is the best time to visit: not too high temperatures, almost no precipitation.

Low season (monsoon season), is from November to may. Constantly blowing monsoon winds create the sea high waves, frequent precipitation, the sky is often overcast. In this period the tourist life on the island is almost completely freezes, hotels, restaurants and entertainment close. At this time there is no sense to go to the Islands.

The hotels are only two large Islands - kecil and besar. If your budget is limited, it is better to seek accommodation on kecil. On besar is much more expensive hotels, and the valuable prices are higher and infrastructure is more developed.

Find and book accommodation Perhentian (Kuala Besut) can through the search form. The search is performed in popular South East Asia search engine Agoda.com, Russian language and Russian-speaking support is present. Also many hotel options in Perhentian offers one of the world's most popular search engines and booking booking.com:

tourists Rating 8.5 out of 10, greatPrice for rooms: from 9028₽Check price

Rating from tourists 8.5 out of 10, greatPrice for rooms: from 4798₽Check price

tourists Rating 8.3 out of 10, greatPrice for rooms: from 9596₽Check price

Rating from tourists 7.9 out of 10, very goodPrice for rooms: from 1515₽Check price 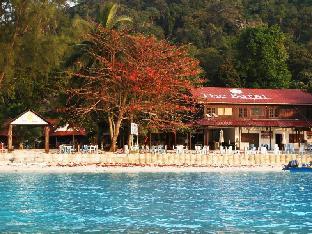 tourists Rating 7.7 out of 10, very goodroom Price from 2399₽Check price 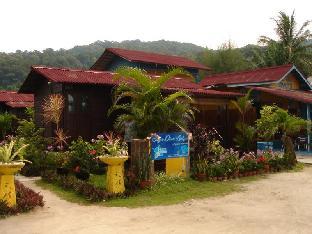 the tourists Rating 7.5 out of 10, very goodroom Price from 1578₽Check price 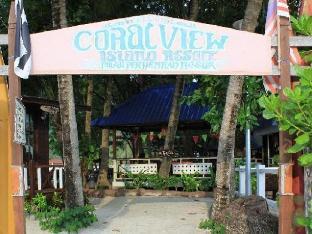 the tourists Rating 7.4 out of 10, very goodroom Price from 3093₽Check price 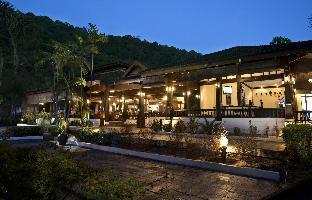 to the tourists Rating 7.1 out of 10, very goodroom Price from 5808₽Check price 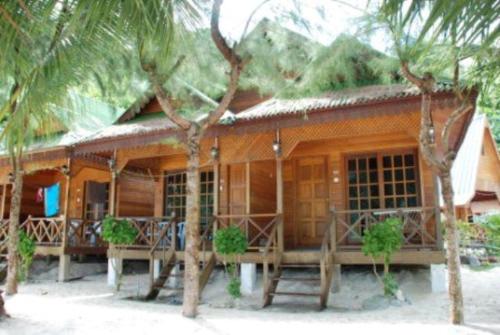 tourists Rating 7.1 out of 10, very goodroom Price from 2967₽Check price

tourists Rating 7.1 out of 10, very goodroom Price from 5114₽Check price 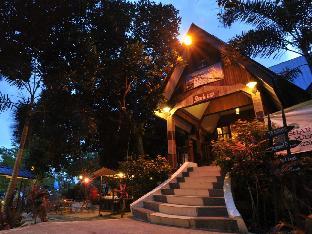 the tourists Rating 7.0 out of 10, very goodPrice for rooms: from 3220₽Check price

Hotels Perhentian on the map

In Kuala Besut, in turn, can be reached by bus from Kuala Lumpur from the station to Terminal Bersepadu Selatan (TBS) (not from Hentian Putra Station as before), cost 40 ringgit, departure at 09:00 and 21:00, 9 hours..

Transport, than to move on

On the island there is no transportation, and you can only move on foot or by water taxis between beaches and Islands. All the beaches and tourist areas are connected by trails, to go on foot maximum in 30 minutes. Water taxis can be found on all the beaches, the cost 12 ringgit (refer to the currency of Malaysia and the exchange rate), price is negotiable, you can bargain.

In the archipelago there are no historical attractions, but in excess of the natural, and the greatest part of them is under water. On both Islands has several diving centres, offers Snorkling tours. On the Islands themselves, you can make trekking Hiking in the jungle.

Comments / recent posts on the topic on the forum
Re: General questions about Malaysiaadmin 28 January, 2019

Honestly, difficult to answer, after all this is a very controversial status without citizenship. It can at passport control not to pay attention to it, and the place of issuance of the passport to put the visa for 90 days as a citizen of Estonia, and can not supply a visa and even do not give, because there is in fact a list of countries that require a visa and persons without citizenship there is clearly no. Try to call the Embassy in Moscow, and even better to write them a letter at least e-mail to answer on paper just in case. And if not difficult, then let me know what happened. ...
Re: General questions about MalaysiaMax June 15, 2019
Please tell me
Boats to the Islands after 18: 00 does not go? or just can be found individually? ...
Re: General questions about MalaysiaVladimir N 24 June, 2019
Need addresses of shops selling Ayurveda in Kuala Lumpur ...
Re: General questions about Malaysiavalentinatseiko 7 July, 2019
Good afternoon. Thank you for such a detailed description of the topic. For me it was useful to read. ...
Re: General questions about MalaysiaZhereele 23 July, 2019
Good morning!
Question about entry in KL without return tickets. I went through a bunch of sites have very different information. Help Posta if you have any information.
We will enter with 14летним son to here in KL to apply for a student guardian visa (guardianship of me, and he will study there, the school has already received). He learned that we can not let in KL or even to release from Hong Kong (transit flights via Hong Kong from Russia).
Whether so it and what to do? there are tips to buy a ticket for the emission of CL, for example...
on the other hand we have the confirmation from Ministry of Education Malaysia that the child is enrolled in school and will be initiated with the visa application process as soon as we arrive. Maybe this is fly/fly?
thanks in advance!) ...
Re: General questions about Malaysiaadmin July 23, 2019

The information is different, because we all have different experience in this matter. Officially, the requirement to have return tickets or tickets to a third country for visa-free entry to Malaysia exist in almost all countries, but in practice border controls it is checked rarely. Just imagine the huge flow of entry passport control, and everyone should check out... So check apparently selectively moved by the guards, and limited to the inspection of the printout e-ticket without verifying it in the database. The same applies to the boarding, sometimes can check. But in Hong Kong you have no one to check anything, because if you are transferring one ticket, then you already have your boarding pass from Moscow or where you are flying there, and in Hong Kong, you pass only the control of the safety and document check before boarding and that's it.
So you have several options:
1. Fly as it is, and if the landing or the border you have questions, you show all the documents and explain everything. Chances are that you will be admitted. Also can be part of their history topics. what are you going to travel to Asia to neighboring countries by land in Thailand or Singapore by bus or train. You can, incidentally, buy a train ticket online or a bus, or make a printout, maybe a ride.
2. Fly as it is, and if you have questions, are buying right at the airport any ticket to Thailand, Singapore, Indonesia etc. any budget airlines.
3. Buy in advance of any house is the cheapest ticket one-way to Thailand, Singapore, Indonesia etc. any budget airlines.
4. Buy a house more expensive ticket in any sosen ...
Re: General questions about MalaysiaPetrenkoI 20 August, 2019
Good morning! There are dependant visa to Malaysia, as her husband works there. If there is a divorce, this visa will become invalid (my dependant) or not? Automatically or are there any rules and I have to tell about the divorce, or maybe the husband through his employer? Question in General, will I be able to move after a divorce? ...
Re: General questions about Malaysiaadmin August 20, 2019

Hello! Wow, what details, I'm afraid such a difficult question to answer accurately can't. But simple logic dictates that if the visa is issued legitimately, and she didn't validity, it is still valid and you will be able to enter. If you inform themselves or to the consular section issuing the visa, the other sources will become aware of the disappearance of the basic conditions for its issuance, i.e. divorce, it may be cancelled by the Consulate.
On your place I would not "sweat" and traveled on this visa, if necessary. Even if the next entry you will not be allowed, then just get a visa stamp on entry. But if you still doubt and want to do it by the rules, better send a request to the consular Department at or ...
Re: General questions about MalaysiaIntrev 30 November, 2019
Plan to fly to Malaysia via Kuala Lumpur and depart from Langkawi. Is it real? About a year ago met online, the guy has not released Il Langkawi airport, forced to return to CL. Said what airport I flew through this and need to fly. Nonsense I think... but I would like to be confident in their route. Thank you ...
Re: General questions about Malaysiaadmin July 30, 2019