Phongsali (Phongsali also Pongsali) is a city in the far North of Laos, the capital of the eponymous province (Phongsali on the map). The province borders China and Vietnam. The population of slightly more than 15 thousand people, and this is one of the largest cities in this part of the country.

This is one of the few towns in Laos lies at an altitude much above sea level, namely 1440 meters on the slopes of mount Phu FA (Phou Fa). Given such high altitude, it is certainly worth bring warm clothes, especially during the winter months, because at this time the night temperature is kept slightly above zero. This is especially important if you intend to go trekking, however, for anything else except for the trekking to come here and not worth it. In General, to go to Phongsali better in the period from October to April, because it is the dry season, precipitation is very small. From may to September is also possible, but there may be rain.

Phongsali – popular with tourists and travelers the place, but the town itself is of little interest to tourists. Go here in order to make the trekking a trekking in the ethnic mountain village, a predominantly ethnic Akha (Akha), natives of Burma and have Tibetan origin. There is also Khmu (Khmu), Yao (Yao), Hmong (Hmong), tai ly (Tai Lue), Lolo (Lolo). All in all, the province has 15 ethnic groups and 40 subgroups. But the city itself Pongsali almost entirely inhabited by Chinese immigrants from the Yunnan province.

Because it is one of the most remote from civilization, parts of Laos, the lifestyle of the local ethnic tribes there are more than just friends for ages, and it is believed that such a Dating experience with small nationalities cannot be experienced anywhere else in Laos and neighbouring countries. Trekking tours usually go away within a few days with overnight stays in villages, and go here for a one day trip makes no sense. Itineraries in the theory can, in practice, to make it impossible, too wild and unexplored terrain here, and there are no maps and landmarks. Therefore, you need to go trekking with a personal guide and group tours here, unfortunately, no, not reached the desired number of tourists. So go here it is better group and to arrange trekking tours in advance. Usually buy tours in advance in Luang Prabang, Oudomxay, Nong Hao and other larger cities of the North, and here are getting to the group to start trekking. But you can come into the city and enjoy trekking on the spot at the tourist information centre (open from Monday to Friday) or by booking in advance by phone or email. Contact information is here - tourismlaos.org. Also, the city has a tourist office Amazing Lao Travel.

In addition to trekking, in the city you can visit the Museum of tribes (Museum of Hill Tribes), but it is usually closed. 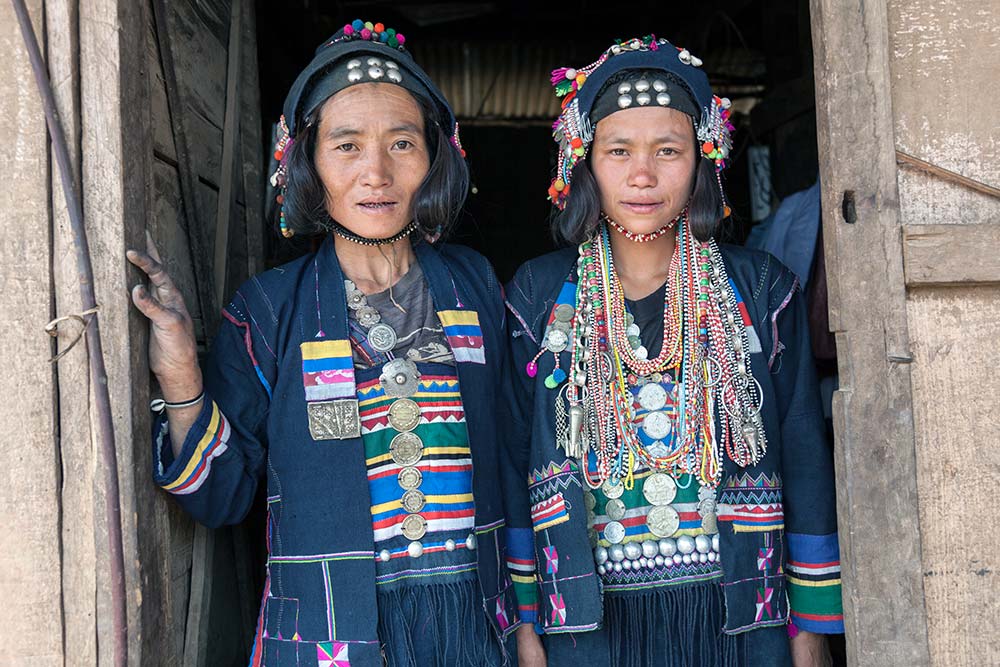 Pogasli unexpectedly large and developed city in this part of the country. Here there are banks, ATMs, cafes, shops and a market, several guesthouses, tourist information centre and travel Agency Amazing Lao Travel. You can even find bicycles (25,000 Kip) and a motorbike (100,000 Kip) in the car. Before the trip better I will replace the money in bales in large cities, as local ATMs for some reason not accept all cards, and banks are open only on weekdays.

Accommodation in Phongsali can be booked on Booking.com

How to get to Phongsali

In Phongsali can be reached from Luang Prabang and Vientiane by plane via the airport near the town of Boun Neua 40 kilometers (Bounneau Airport code PCQ). There a few times a week flights Lao Skyway, but please check, maybe they already cancelled.

On the bus to Phongsali can be reached from the city of Dien bien Phu in Vietnam from Muang khua, Oudomsay (Oudomxay), Luang Prabang and Vientiane. The bus station is on the outskirts of the city (the station is on the map). To the market in the city centre there are bus for 10,000 Kip (81.47 RUB, see money Laos and the exchange rate) in the occupancy. Most of the buses in the far areas of the South go from here in the district of 07:00 hours.

Buses from other cities in Pangali:

In the Internet we found information that can be accessed by Shuttle boat from Muang khua to Hat Sa village, and from there take the bus to Phongsali. But as of November 2018 regular boats were not, it was only possible to book a private boat.