Oudomxay (Udomxai, Oudomsay) or SAI Muang (Muang Xai) is a city in the North of Laos, the provincial capital of Oudomxay (Oudomxai on the map). Also often the name of the city called simply write CY (Xai). This is one of the largest cities, with a population of over 75 thousand inhabitants. Although not really expect that it is a modern city and such a large number of the population consists of many villages, of which, indeed, is the city.

Oudomxai is a major transportation and commercial center in the North of Laos. There is a strong Chinese influence, since the border is relatively close. About a quarter of the population were immigrants from the southern provinces of China, particularly Yunnan.

In Oudomxai tourists usually stay very rarely, using the city only as an intermediate point for the change of transport when moving from Luang Prabang or from the city of Dien bien Phu in Vietnam in the increasingly popular tourist town in the North: Phongsali and Louang Namtha. There is even an airport are domestic flights on Laos.

However, the city is attempting to develop tourism: there are tourist agencies, there is an information center for tourists at the bus station you can get a free tourist card (this is generally for Laos is rare), and even runs a website for tourist information of the city and province in English – https://oudomxaytourism.blogspot.com/.

Attractions a little, only a few churches, but outside the city many interesting places. First of all, interesting ethnic villages, where you can make trekking tours to stay overnight in villages. Also in the area there are several caves and waterfalls that are also better to visit during the trekking tour. Buying excursions are possible in the hotels and at the tourist information centre. To see in advance options you can on the website of tourist information.

In the city of Oudomxay there are several budget guesthouses, and a dozen more located in the surrounding villages and towns. Book hotels in Oudomxai at the following sites: 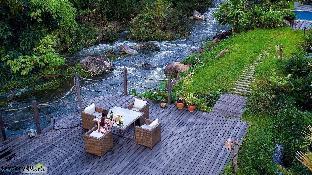 Assessment of tourists 8.9 out of 10, greatPrice for rooms: from 2841₽Check price

However, reservation systems are not all the options, remaining available for settlement only upon arrival.

How to get to Oudomxay

Oudomxay is connected by regular bus connections with many cities in the North of Laos. From Vientiane are daily flights to the airport and Oudomsay Airport (IATA code ODY) airline Loa Airlines. But they are not regular, and often stop to run indefinitely. It is therefore easier and safer to get here by bus.

The city has two bus stations – North (center city) and South (five kilometers from the city center). The current schedule they have on the website tourist information centre - oudomxaytourism.blogspot.com