All about durian for tourists

Surely everyone has heard about the amazing and terrible fruit called durian. About it already a lot said on television and video, talk about the suffocating smells that it emits. But was he really that disgusting smell, what did it actually taste like?

They say that people are divided into two types: those who like the taste of durian, and those who hate its smell. Which category you will learn only when you try it out. Actually, of course, there are still much more numerous category, which has seen this exotic fruit only on TV, or did not dare to try it.

In fact, the smell of durian is not so nauseating as talk about it on TV and in videoblogg, because everything is presented to be "sensational" to raise their ratings. Of course, no one will argue that it is bad and delicious it is hard to call, but it is quite possible to move and fun to eat fruit. Moreover, a fresh durian is almost no smell, and begins to exude the smell of onions, garlic, cheese, or socks worn only by the time after cutting it. This smell, by the way, different people perceived differently, everyone feels some "shades" of dirty socks or rotten fruit. It is believed that the cause of the odor is sulfur, which contains a large number of durian, and when connecting to the air oxidizes and creates an odor. By the way, thanks to the sulfur and trace elements it is considered the most useful fruit in the world.

In countries where durian grows massively and is sold in hotels and transport do have signs with the prohibition to bring it, but this is done so as not to bring the convenience of foreign guests, while the locals are absolutely easy to the smell. Durian in cut form sold even in confined areas in the local supermarkets, exuding its own "flavor" on many meters from the trays with it, and no this is not paying attention. 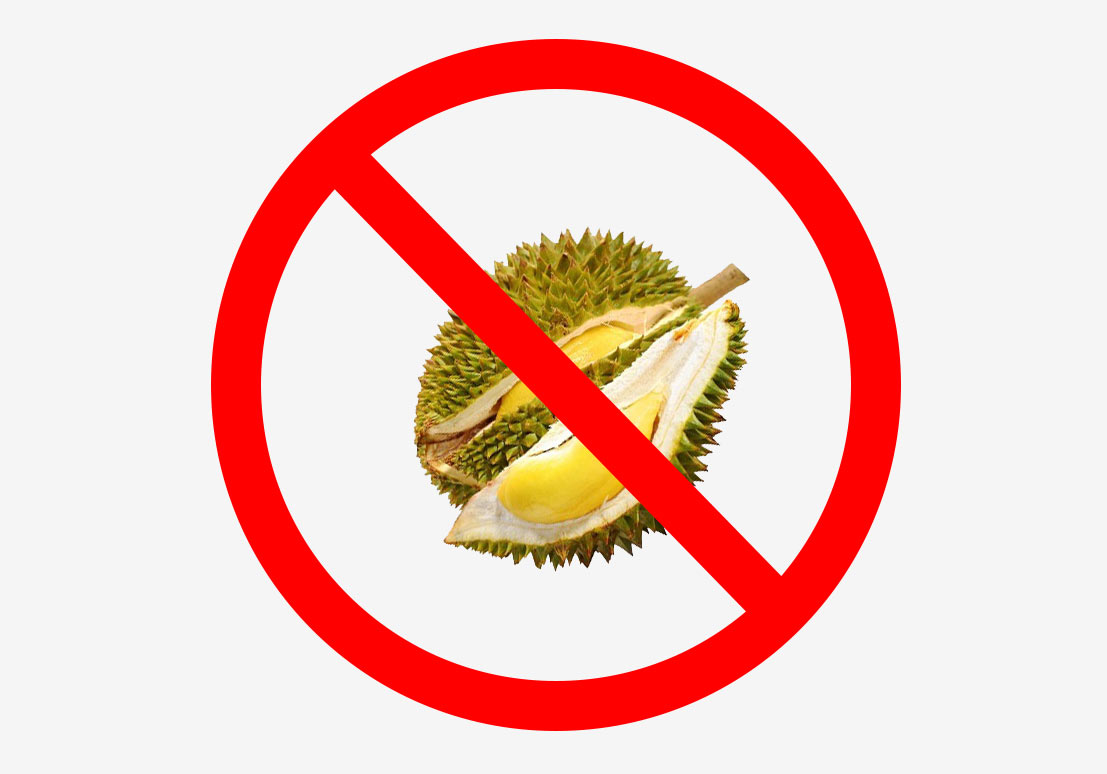 Now for the taste. Its taste is pleasant, very sweet and not like any other fruit. It is possible to feel the taste of milk cream, nuts, condensed milk and even all sorts of flavors. For consistency it is soft, even gentle like no other fruit, and although it has fiber, they are practically not felt.

If you are now ready to give it a try, here's some practical information:

Durian massively grown in tropical Asia: Thailand, Vietnam, Malaysia, Cambodia, India, Indonesia, Philippines and some others. This is the most expensive fruit even by our standards. For example, for a portion weighing about 300 grams in Thailand will have to pay about 200 baht (see money Vietnam), which is approximately 459.53 rubles, or 6.16 USD. Are the portions smaller, from 100 baht. And in India one kilo costs 10 dollars.

Buy durian on the markets and in supermarkets, the price is about the same everywhere. The fruit is very large, weight up to 8 pounds and are very expensive as a whole, so retail it is sold already cut into small and relatively inexpensive portions weighing 200-500 grams. Usually peeled and sliced slices of flesh are stacked on plastic food pallets and wrapped with film. Purchased in this form it is ready to use, and it is best to use immediately after purchase in the fresh air and not to carry to the hotel. Ideally, buy it better quite fresh, when it is cleaned immediately at hand and stack on pallets, but this can only be found in the markets.

It is also believed that you can't eat at one meal just a lot of durian and combine it with alcohol because this leads to increased blood pressure. But is this really so or is it just a folk legend, we do not presume to assert.